A TV SERIES AND MY REASONS WHY 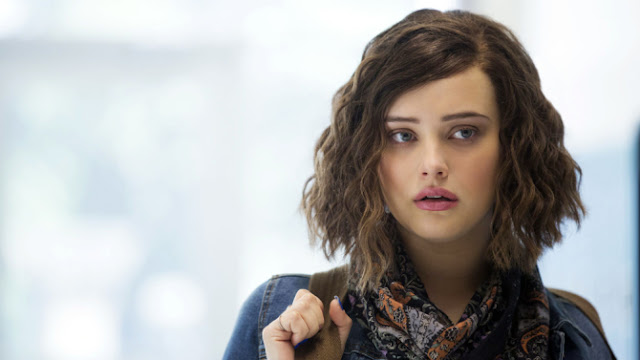 13 Reasons Why is a book by Jay Asher adapted for the TV screen by Netflix.  The story follows teenager Clay Jensen, in his quest to uncover the story behind his classmate and crush, Hannah, and her decision to end her life.

Do I think 13 Reasons Why is a good series? I do. What was it like watching it? It was hard and disturbing from beginning to end. Why did I do it? Because I felt it was my duty as a teacher, mother and responsible adult.

As a teacher to teenagers I've been often asked for help or I have willingly offered help when  recognizing clear symptoms of suffering. I don't expect a TV show, neither as good as this one, may help solve or face all the serious and tragic issues, 13 Reasons Why deals with,  but I’m sure the 13 hours I spent watching it and thinking about why some of my students were so interested in it have been well spent, as shocking as my watching was.
Suicide may be not as popular as it is in the US here in Italy but the number of cases is increasing. Bullying is an increasingly worrying phenomenon made even worse by the use of the web. How can we fight monsters like those?
I have no easy answer, only lots of questions and doubts. But one thing is clear to me: our young people live in a more sterile and hostile enivronment, tougher than the one we had to cope with at their age, they need help and we must be there for them.

It is not easy to cope with teenagers, not easy at all. You need infinite patience, you must  brace yourself  and  be ready to being deluded and disappointed more often than rewarded. However, responsible adults should really try to understand the reasons why they are so interested in such terrible stories depicted in all their gritty details – many of my male students love Gomorrah and Narcos,  for instance -   then talk with them, without shying away because the issues proposed are tough, embarassing or painful.
Sometimes I get the impression they are just  trying  to build their armour, lance and shield to fight the monsters they have to face in the real world every day by watching or reading such  graphic, gritty stuff.

Reactions to the series

I’ve read furious comments of parents who refuse to watch the series, blame Netflix for sensationalizing and romanticizing suicide. I’ve read of schools that are divulging notes to both parents and teachers suggesting to the first to prevent their children from watching  the series and prohibiting the latter to discuss the series with their students in their classes. I’ve also read comments and suggestions by worried experts - a couple of which I have linked at the bottom of this post,- as well as positive reviews by critics.  When was the last time a book or a series arose so much ado? The Catcher in the Rye? On The Road? Rebel without a Cause? A Clockwork Orange? The Hunger Games? Fifty Shades of Grey?

I heard of the series from my students, they wrote about its release on Netlix in the web magazine, which is our school project for this year. When I read what it was about I freezed. But my personal policy  doesn’t include blind  censorship and tend to always attempt to discover more and understand.  In my experience to strongly criticize what teens are apparently sincerely curious about or interested in just makes you someone they can’t trust or believe in. To banish topics from your classes  or avoid answering their embarassing or even foolish questions makes you someone useless to their eyes. So when I heard they were going to watch the series to review it for their web magazine,  I thought, I’ll watch it too and discuss it with them, if necessary.

I didn’t expect it would either be such a global controversial matter neither that it would be that hard to me to watch.  I thought of my students watching it  all the way through with great anxiety.  I really hope our school is not such hell to our students. I really hope we have no Hannah, no Bryce nor Justin, no Jessica nor Alex and  wished we had  more Clay–like or Tony-like guys. But I fear we have all of them hidden among the smiling or concerned teens we meet every day.  I really prayed I never happened to be, by any chance, like Mr Porter in  the final episode. I prayed I never had to face as much as Hannah's parents.

I am convinced this show can be both  helpful as harmful.  Much depends on who watches it and how they may get its harsh issues,  especially if they are the most  fragile among our young people.
As we well know, to banish or prohibit something doesn’t work miracles with young adults. That just make them more willing to dare and to overcome limits. Hormones and psychological turmoil make them naturally prone  to disobey and break rules. Parents and teachers must know that.
That’s why I think they should watch the show and,  if they discover their children or students have seen it despite all their efforts to avoid that, they should be ready to face the ugly truth and prepare themselves to give those young people,  if not 13, at least a few reasons why they should  always choose life over death, love over hate, sympathy over aggressiveness, tolerance over prejudice. 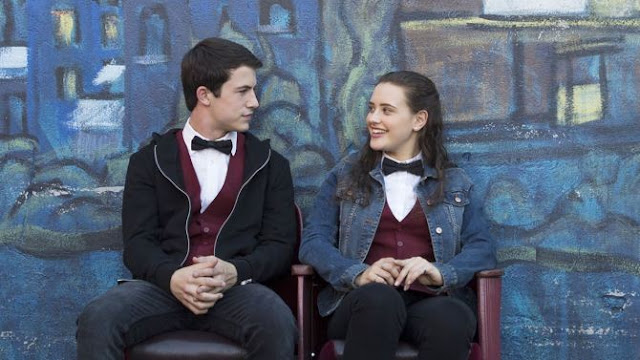 Useful reads to discuss the series

Posted by Maria Grazia at Wednesday, May 03, 2017
Email ThisBlogThis!Share to TwitterShare to FacebookShare to Pinterest
Labels: 13 Reasons Why, Being a teacher, From Books to Movies, TV, tv series, YA, YA fiction

I thought this was interesting: http://nymag.com/thecut/2017/05/teenagers-explain-what-adults-dont-get-about-13-reasons-why.html

I'm reading it with my elder niece. We haven't watched the tv show.

Thank you for the link, Servetus. I didn't read the book, I heard there are some differences, as usual. I hope you and your niece will have a good chat on the issues the story deals with.