Emily Bronte wrote the greatest , most terrifying love story of all time: Wuthering Heights.  It is a wild, passionate tale of the intense and  demonic love between Catherine Earnshaw and Heathcliff, allegedly a Gypsy foundling adopted by Catherine's father. After Mr Earnshaw's death, Heathcliff is degraded and humiliated by Catherine's brother Hindley and wrongly believing that his love for Catherine is not reciprocated, leaves Wuthering Heights, only to return years later as a wealthy and polished man to find he is too late and that Cathy has married Edgar Linton. He proceeds to exact a terrible revenge for his miseries.Unable to bear being parted from his love he curses her on her deathbed to never rest and always be with him and so begins 20 years of her haunting his every waking and sleeping hour. A tale of love, hate, horror, haunting, but most of all a story about human nature.

There is a new feature adaptation due out end of August 2017,  directed by Nina Elizaveta Abhrahall, who also wrote the screenplay, and starring Shao'ri Morris and Paul Eryk Atlas as Cathy and Heathcliff.
I can't wait to see the new movie,  compare it  to the novel and to the previous adaptations, and to write my review. While waiting for the release in August, I'm going to feature a series of interviews with cast and director here at FLY HIGH! starting right today with Shao' ri Morris, aka Catherine Earnshaw. Enjoy reading! 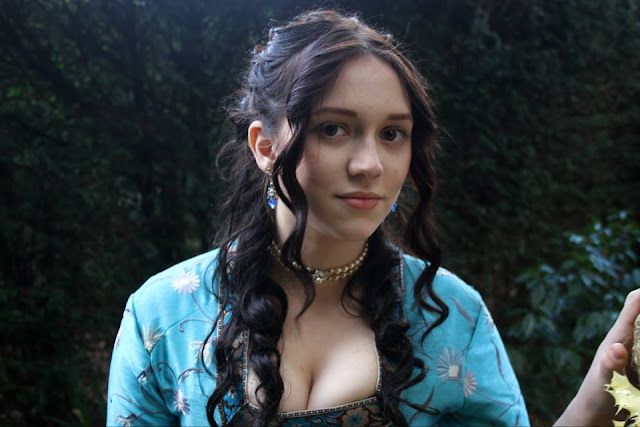 First of all welcome to FLY HIGH,  Sha’ori!  I guess you must have been asked thousands times but … quite a peculiar name! What’s the meaning or the origin of the name “Sha’ori”?

I was named after an Egyptian friend of my mothers and apparently the name means 'endless road'.
Before we move to discussing your new role, would you mind telling us something more about you?
I live in the countryside and I have several pet Irish wolfhounds, who are actually the dogs who attack me in the film, which was very funny because they would never harm a fly and they were really worried that I was running away from them and screaming on the floor. They kept kissing me to try and make me better, so it took ages to shoot that scene. When I'm not acting I enjoy all the usual things like eating out, music, travelling etc.

Had you read Wuthering Heights before being involved in this project? When? And what was  your first impression?

Yes,  I have. My first impression was what a fabulously self confident character Cathy is and how she never does anything that she doesn't want to. She thought once Heathcliff came back that she was going to have her cake and eat it too, but didn't count on him sideblinding her by pursuing Isabella, and the fact that she coudln't rely on Nelly to take her side. The only thing that actually beat her was death, if she'd lived I'm sure she'd have found a way to work things in her favour, as it was even whilst dead she haunted and tormented Heathcliff, so still won in a way. On a wider level the book discusses some really important issues, such as racial  and class prejeudice, female emancipation and the prevalance of domestic violence and it's social acceptability in Georgian times. Since it was written some 60 years later than the book is set at the dawn of the feminist movement it's a really important early piece.

How difficult or how easy is it for you to relate to Catherine?

Actually it was horribly easy. I'm quite a straightforward straight talking sort of person who isn't constrained just by someone telling me I can't do something so there's a lot of me in Cathy and vice versa.

Which one of her choices would you have never made? Why?

She chucked away her own happiness with her soulmate for money ( although I doubt this would have happened if Heathcliff had still been around). That's the kind of mistake I would never make. I'm currently in a relationship with my co-star who plays Heathcliff, Paul Eryk Atlas, and it's safe to say I wouldn't care if he was a super famous actor or a penniless artist, I'd still love him just as much and nothing as trivial as money or status would ever separate us, that was Cathy's downfall.

Which  aspect of her personality do you particularly admire and which one instead you can’t accept/sympathize with?

I admire her passion and her wildness, her refusal to conform for a long time but then I can't sympathise with her arrogance and cruelty both to Edgar and Isabella. Cathy uses people up and spits them out, and nothing matters to her, not other people's feelings or hurt, once she is done with them.

What is it that Cathy can’t resist  in Heathcliff? I mean, what makes them soulmates?

I think they are both misfits. Heathcliff was brought to the Heights as a child, and was thus an outsider. Cathy considers herself equal to any man in a society unwilling to accept that. Those things set them both apart, and birds of a feather flock together, they formed an unbreakable alliance and obsessive love which continued even after death. Emily Bronte wrote the greatest , most terrifying love story of all time. 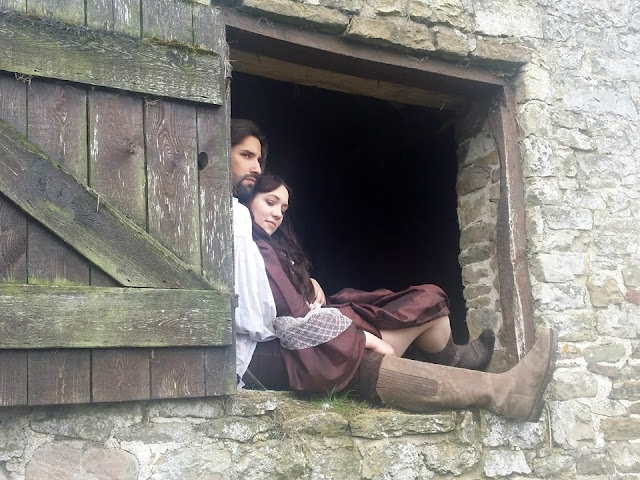 I like the scene where Edgar finally has enough and tells Heathcliff to leave and she really turns on him. She snatches the key and her predatorial alliance with Heathcliff is fully revealed and you see her for exactly what she is with all the trappings of wealth and nicities pulled away.

'You're not a lamb after all are you? You're a milk sucking Leverett'.

That line is unnecessarily harsh and brutal towards a man who hasn't done anything wrong at all, except be stupid enough to love her. Poor Edgar mourns her for 20 years too, but no-one ever considers his feelings at all, and this for me is where I lose all sympathy with Cathy.

Born in the middle of Clifton Suspension Bridge, Bristol, Sha’ori Morris always had a flair for drama and coming from a theatrical family first trod the boards as a street urchin at the age of four. Throughout her childhood she remained fixed on becoming a professional actress by studying all the great literature she could get her hands on, learning combat and horse riding skills and also gleaning all she could from her mother who is a director. By the time she was ten she was regularly appearing in street theatre groups and youth theatre workshops and later took the role of Lady Anne (Richard III) in the ‘Shakespeare for Kids’ festival for young people. She has gone on to build a steady and respectable catalogue of work in both film and theatre and continues to do so. Passionate about riding and performance arts she boasts a wide array of accents and is never happier than when investigating a person with a new one. A long time lover of Wuthering Heights, Catherine Earnshaw is cited as being her favourite literary character

Looking forward to this new version of WH.
Has Sha'ori seen previous versions? What does she think of them?
And have you a favourite one, Maria Grazia?
Monica

I didn't ask Shao'ri whether she has seen other film versions, but I guess she has. I may be wrong, though. As for me, I have seen several but I wasn't actually able to choose my best favourite among them (have a look here http://flyhigh-by-learnonline.blogspot.it/2009/10/wuthering-weekend.html). I'm honestly curious about this new one, anyway.
Thanks for dropping by and commenting, Monica.
MG