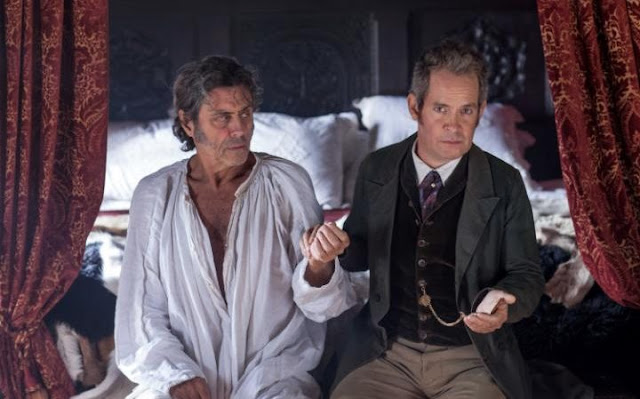 “Conduct! Is conduct everything? One may conduct oneself excellently, and yet break one's heart.”

I've been watching quite a bit of present-day drama series lately,  but not completely neglecting my search for good period drama. I haven't seen anything in a 19th century costume since War & Peace, actually, but being quite taken by my unmissable Wednesday nights' dates with Rev. Sidney Chambers.  I love Grantchester series 2 even more than the series 1 and, mind you, I was deeply fond of that. I have had to convert, ehm, surrender to the charms of the ginger after Outlander and Grantchester.

We've had plenty of good series to watch, especially on Sunday nights, so you may have missed this lovely adaptation of Anthony Trollope's Doctor Thorne (book 3 in the Barsetshire Chronicles, 1858). Book 1 and 2 were adapted by BBC as The Barchester Chronicles in 1982 with a stellar cast including the late Alan Rickman.

If you were distracted by the Hiddleston/Colman vs Laurie/Hollander battle of talents in BBC One adaptation of John Le Carrè's The Night Manager and you lost Tom Hollander as the lead in Julian Fellowes's adaptation of Doctor Thorne, don't worry, you can catch up thanks to ITV online player or add the DVD to your costume drama collection. 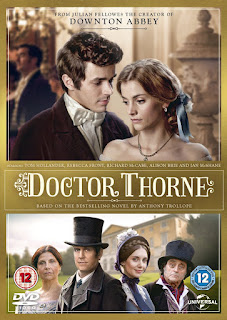 A 3-part mini series, ITV Doctor Thorne "is a wonderful example of Trollope's gift for understanding the tangles we humans get into.  He is sharply observant, critical and merciful in equal measure and, above all, highly entertaining.  With the cast we have assembled, I am confident we can bring all of these qualities to the screen", according to  Academy award winning Downton Abbey creator Julian Fellowes.


Tom Hollander, Rebecca Front and Ian McShane lead the cast. So on Sunday nights, in the latest weeks,  you might have encountered Mr Hollander as a very wicked guy on BBC One (Corky in The Night Manager)  and as a very decent Victorian doctor on ITV.

Tom Hollander  is Dr Thomas Thorne, who lives in the village of Greshamsbury in Barsetshire, with his young niece, Mary, a girl blessed with every gift except money.  Mary Thorne has grown up alongside the Gresham family, whose house, Greshamsbury Park, dominates the county. However, Lord Gresham has wasted away the family fortune and now his wife, Lady Arabella, their daughters Augusta and Beatrice, as well as  their handsome brother Frank,  face losing their home. 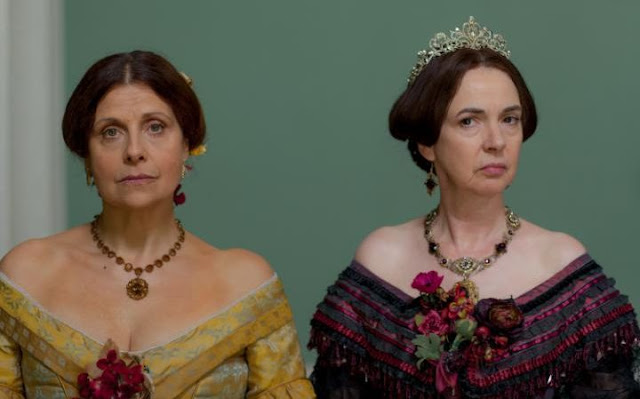 “Rest and quiet are the comforts of those who have been content to remain in obscurity.”

When the terrifying Lady Arabella Gresham discovers that her darling son, Frank, has fallen in love with Dr Thorne’s penniless niece, she is horrified.  Her husband Gresham is only being kept afloat by very favourable loans that Dr Thorne has secured from a railway millionaire, Sir Roger Scatcherd, played by Ian McShane.
However, Sir Roger is drinking himself into an early grave and the family’s financial future lies with his unreliable son Louis Scatcherd.

Lady Arabella believes it is her son’s duty to make a rich marriage to save the family estate and launches a campaign to secure her son an heiress for a bride, aided by her scheming sister in law, the very grand Countess De Courcy and her conniving niece Alexandrina De Courcy. Their target is wealthy American heiress Miss Martha Dunstable. 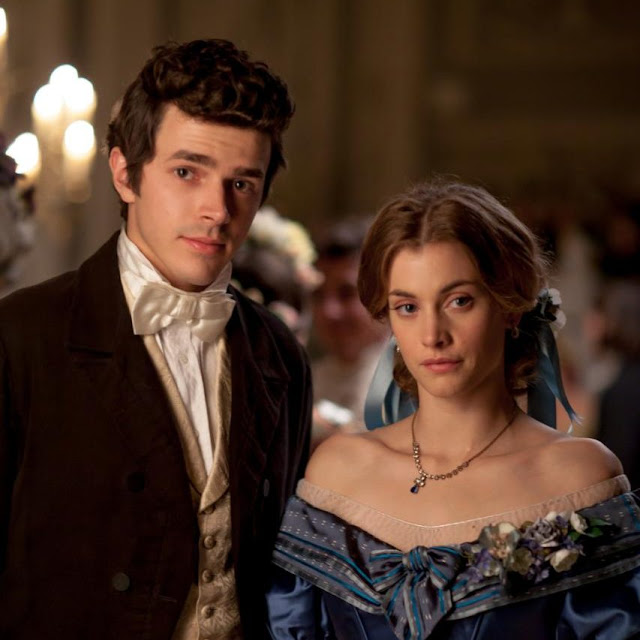 “Mary, it must be remembered, was very nearly of the same age as Frank; but, as I and others have so   often said before, 'Women grow on the sunny side of the wall.”

The world of Trollope's numerous novels mainly consists of the small reality of provincial ecclesiastical society and country gentry, which reminds me so much and so pleasantly of Jane Austen's world. Trollope's characters are depicted in their everyday life and everyday situations with huge irony and a clear satirical aim. His satire and sarcasm may sound harsher than Jane Austen's subtle irony - especially in novels like The Way We Live Now (1975) -  but his choice of a light tone in the Chronicles makes Trollope so  Austenesque  to become  irresistibly entertaining.
Trollope is not interested in complicated plots and usually finds that minimum of tension necessary to keep interest in the narrative from focusing on the inner moral conflicts of his characters, or in the social conflicts created by love, egoism, class differences and money.