SPOTLIGHT ON ... "WHEN THE LOST ACT LOST" BY TERRI BLACKSTOCK 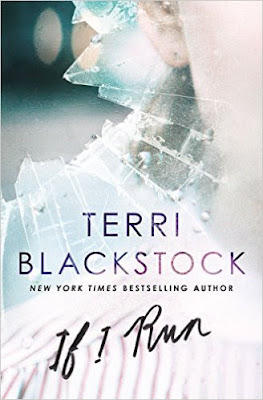 If I Run tells the story of protagonist Casey Cox. When her life becomes complicated, she resorts to lies - even crime - to survive.
Casey Cox has had her fair share of struggles, but after her best friend is found dead, Casey's life is turned upside down. When her DNA is found all over the crime scene, she knows talking to the police is useless; they have failed her abysmally before. At the age of 12, Casey found her father dead, and while police ruled it a suicide, she knew it wasn't. She's carried that great sense of injustice into adulthood, mistrusting all authority figures. Casey knows she has to flee before she's arrested . . . or worse. The truth doesn't matter in her world anymore, and it certainly won't set her free.
War-weary veteran Dylan Roberts is hired to find Casey, but as experienced as he is at solving crimes, his personal problems can get in the way. PTSD forced Dylan from the Army, and adjusting to his new normal has not been easy. Dylan knows bringing Casey home could redeem both his life and career. Blackstock did extensive research into PTSD in preparation to write If I Run. "I was shocked to learn how many of our veterans are coming home from war with PTSD," she reveals. "If they don't get the help they need it can impact their relationships for the rest of their lives. There are treatments that are successful in helping them. It's a wound that is as deep as a physical wound, and it should be treated just as aggressively so they can live normal lives."
The police think the crime scene tells the whole story, but the details aren't adding up for Dylan. Casey doesn't appear to fit the profile of a killer, but if she isn't guilty, why did she run? Unraveling her past and the evidence that condemns her will take more time than Dylan has, but as his damaged soul intersects with hers, he is faced with two possibilities: Either the girl who occupies his every thought is a psychopathic killer, or she's a selfless hero. The truth he uncovers about her could be the deadliest weapon of all.
For more information about Terri Blackstock and If I Run, visit www.terriblackstock.com, become a fan on Facebook (tblackstock) or follow her on Twitter (@TerriBlackstock).
Praise for Terri Blackstock
"Crisp prose, an engaging story and brisk pacing make this thriller another home run for Blackstock."
~ Library Journal, starred review of Truth Stained Lies
"A multilayered story of deception, greed and secrets unravels at a perfect pace to keep readers interested and entertained."
~ RT Book Reviews on Distortion Terri Blackstock is a New York Times best-selling author of titles such as Intervention, Vicious Cycle and Downfall. In her 30-year career as a novelist, she has sold seven million copies worldwide. She is the winner of three Carol Awards, a Christian Retailers' Choice Award and a Romantic Times Book Reviews Career Achievement Award, among others.
Posted by Maria Grazia at Wednesday, December 09, 2015
Email ThisBlogThis!Share to TwitterShare to FacebookShare to Pinterest
Labels: Books, Christian fiction, Novels, PTSD, Romance, Spotlight on, Terri Blackstock