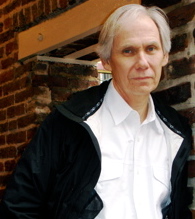 Guest author
My guest today is Robert Earle, writer.  Robert was a member of the U.S. Foreign Service for twenty-five years. He is the author of The Way Home, a novel, Nights in the Pink Motel, a memoir of a year in war-torn Iraq, and dozens of short stories that have appeared in magazines across the U.S. and Canada. He received a classical education as a boy, studying Latin and Greek and attending chapel six days a week. The Man Clothed in Linen is dedicated to the teachers who introduced him to the classical and Biblical world at The Hill School.  He also holds degrees from Princeton University and Johns Hopkins University.
Giveaway
Please welcome Robert Earle on Fly High!  Furthermore, leaving your comment + e-mail address you'll have the chance to win the e-book version of The Man Clothed in Linen. The giveaway is open internationally and ends on February 17th.

The Historian Behind The Man Clothed in Linen by Robert Earle 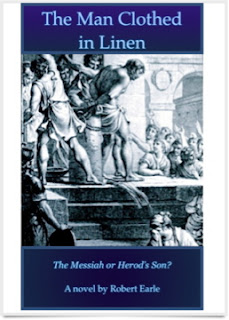 Some many years ago I fell into a reverie about the man sometimes referred to as “the historical Jesus.”  As a cultural Christian though not a religious Christian, I found the topic fascinating.  A few writers, Paula Fredriksen, John Dominic Crossen and Harold Bloom, to name three, excelled in describing the various phases, challenges, and circumstances that may have characterized Jesus’ life.

Even though we know little about Jesus, there isn’t much doubt he existed. One of the key bits of evidence is found in the histories of Flavius Josephus, just a reference, not much.

And then there are the Gospels and the other texts of the New Testament, each curiously distinctive and yet (perhaps with the exception of the very Hellenistic Gospel according to John) sharing commonalities not only in the narrative sense but in the sense of Jesus’ mission and purposes on earth.

I kept reading my way into this subject and asking myself how this genius, whom some regard as divine, came to be, and what kind of world he inhabited.

And then I made a discovery that Biblical specialists know about, but I certainly didn’t.  Behind Flavius Josephus--in fact the source of much of Flavius Josephus’ history--stood a unique man known as Nicolas of Damascus.

Nicolas of Damascus was tutor to the twins Cleopatra had with Antony, counselor to Herod the Great for many years, one of the first “universal” historians, biographer of Augustus Caesar, and at the end of his life, a member of Augustus’s extended court.

Think of what this man saw and heard before and during Jesus’ times!  He had access to the titanic individuals and forces that shaped Western civilization and from which Christianity, one way or another, emerged.  He was a Syrian Greek, obviously quick-witted as well as learned, and brother to the man who financed Herod the Great’s fabulous building regime (Herod left palaces all over Palestine and was, of course, the prime mover behind the Third Temple of Jerusalem.)

I live in Washington, D.C. and therefore have access to the Library of Congress, so I began visiting the main reading room to find out more about Nicolas of Damascus.  Only fragments of his work remain--notably the short biography of Augustus.  But as a novelist this was enough for me to begin envisioning what I think of as the intimacy of the classical world in the times of Jesus (so much interaction between Rome, Egypt, Palestine, the Levant, Asia Minor, and Greece) and along with that intimacy the tremendous forces wrenching humanity away from its localized roots into a kind of cosmopolitanism, well-exemplified by the widely-traveled and well known Nicolas of Damascus.

I have used Nicolas a great deal in The Man Clothed in Linen (a phrase taken from the Book of Daniel presaging the Messiah) somewhat in emulation of Henry James’ use of Strether in The Ambassadors.  He helped me pull dozens of threads together from Rome to Jerusalem to Galilee and Perea and Alexandria.  Would he be the one historical personage I would most like to meet? Probably, but as The Man Clothed in Linen builds itself into a dramatic retelling of the New Testament, there stands the enigmatic, soulful Jesus, and he’s the novel’s dominant figure; that’s impossible to deny.

Here’s a description of how Nicolas first sees Jesus as a boy in Galilee:

The day Nicolas first saw Jesus (without knowing it was Jesus, of course) he was one of a dozen children playing on the fringe of a copse near the house in which his father, Joseph, worked as a carpenter. He and his friends had come upon a scattering of white woodland butterflies. Their game was to slip up under one of these lovely creatures and entice it to land on their bodies. To accomplish this task, several of the children had tucked flowers into their collars, sleeves, hair and fists. The butterflies then would alight to sip the flower’s nectar while the delighted child smiled in absolute stillness. Jesus was the best at this game for two reasons. First, he made no use of flowers. Second, he could lure several butterflies at a time to rest on his outstretched hands, his shoulders, and even the crown of his head. This made a charming sight, a boy with a noble head and a strong, curved nose standing still as stone and somehow drawing the vagrant butterflies to flutter onto his ruddy skin—for he was an outdoors boy who shone with the absorbed luster of the sun even as he stood in the empurpled shadows of the trees. With the butterflies opening and closing their white wings here and there on his body, he flickered like a human menorah.

Please count me in and thank you for making it open to all. Much appreciated.

Thanks for inviting me!

Outstanding that you are hosting an author and book that brings the past to life. Kudos!
RDP San Diego

This is fascinating. Definitely will be on my TBR list.

This is absolutely awesom! Great work!

Definitely count me in for this one! It sounds very good!