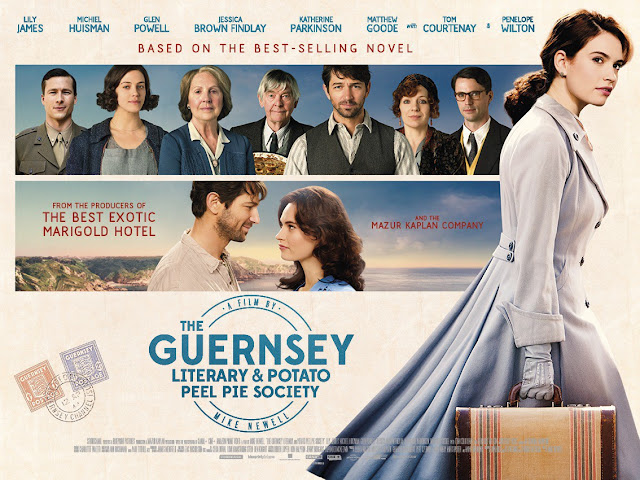 The story in the book and in the movie develops through the out-of-ordinary correspondence between a young man living on a pig farm in Guernsey, Dawsey, and a  brilliant young journalist living in London, Juliet Ashton. She is totally drawn in by the characters Dawsey describes in his letters, all of them members of the Guernsey Literary and Potato Peel Pie Society, a reading group they founded when the island was occupied by the Nazis during WWII.
When Juliet lands in Guernsey and meets them all in order to write an article about the importance of reading in their lives, they become like family to her. She learns to love them and, little by little, she wins their trust discovering the story of Elizabeth McKenna, an extraordinarily brave young woman,  whose choices will radically change the arc of Juliet's own life.

get the DVD or Blu-ray at Amazon.co.uk 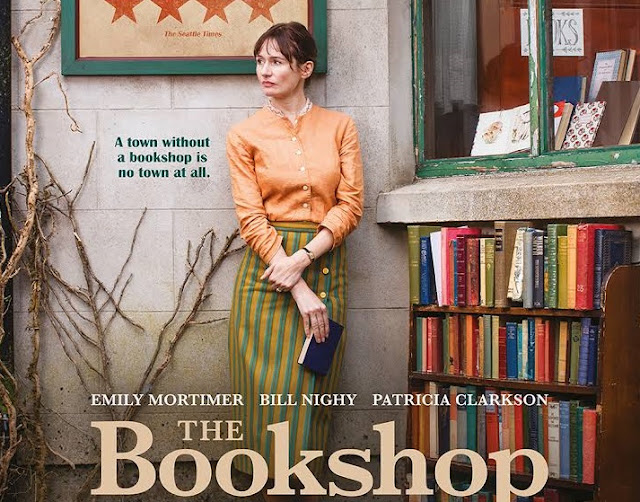 I loved this one too! Poignant and melancholic, based on the novel by Penelope Fitzgerald, The Bookshop, is set mainly in 1959, and tells the story of  Florence Green, a middle-aged widow, who decides to open a bookshop in the small fictional coastal town of Hardborough, Suffolk. The location chosen is the Old House, an abandoned, damp house said to be infested by ghosts. After many sacrifices, Florence manages to start her business, which grows for about a year after which sales slump. Mr. Brundish, the lonely and mysterious inhabitant of the house at the top of the hill, is Florence's best client.
The influential and ambitious Mrs. Gamart intends to set up an arts centre in the Old House. Mrs. Gamart's nephew, a member of Parliament, sponsors a bill that empowers local councils to buy any historical building that has been left uninhabited for five years.  Will Florence resist the threats and win her battle against Mrs Gamart?


Director Isabel Coixet struggled to get the movie made after by chance she picked up the book the film is based on and started identifying herself with the main character, Florence. "It was difficult to attract interest at first - the Catalan director stated in an interview - as the heroine is middle-aged and the love interest so subtle as to be almost non-existent". But this is not a love story, it’s a story of love for books and reading. And sadly enough, it is also a touching story of defeat, which is what commonly happens to big ideas in a small society.

Florence Green is played by Emily Mortimer  and Mr. Brundish by Bill Nighy, while nasty Mrs Gamart is interpreted by Patricia Clarkson.

(official release date in Theatres according to imdb 24 August 2018) 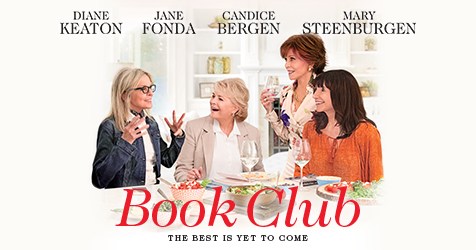 My third recommendation is of a totally different type. Still dealing with books and reading, this movie is hilarious, great fun to watch. Get ready for an escape into good old comedy.

The protagonists of the story are four lifelong friends meeting once a month to share their reading experiences in their exclusive book club.  Diane is a recently widowed woman with two overly protective daughters who want her to move to Arizona. Vivian is a hotel owner who is a convinced single. Sharon is a prim and proper federal judge.  And finally,  Carol is a woman married to her childhood sweetheart, who is now struggling since their marriage has lost its magic.

In one of their meetings, Vivian brings a copy of Fifty Shades of Grey, hoping the story will liven their love life.

The improbable, paradoxical, comical situations that ensue are created by the fact that these intelligent, well-educated,  middle-aged ladies,  who have built up empires (one owns an exclusive hotel, another owns a restaurant, another is a federal judge),  either turn themselves into sex maniacs or start believing in love again while reading the infamous sexy love story.

This film follows a well-worn pattern for comedy that has been seen time and time again, which is the formula of elderly people behaving badly. Anyhow, if not original,  I found it refreshing and entertaining.