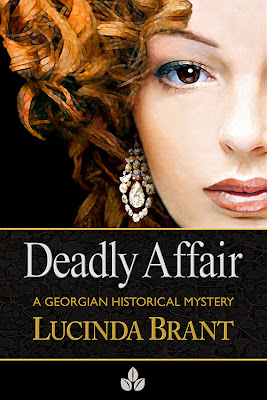 Synopsis - Career diplomat Alec Halsey has been elevated to a marquessate he doesn’t want and Polite Society believes he doesn't deserve; his lover has decided she won’t marry him after all and the suspicion he murdered his brother still lingers in London drawing rooms. So returning to London after seven months' seclusion may have been a mistake.
Alec’s foreboding deepens when a nobody vicar drops dead at a party-political dinner; he witnesses the very public humiliation of an up and coming portrait painter, and his rabble-rousing uncle Plantagenet is bashed and left for dead in a laneway. When the vicar's true identity is revealed, Alec suspects the man was poisoned. But who would want a seemingly harmless man of God murdered, and why?

Once you meet Alec Halsey you can’t avoid being charmed, if not totally under his spell. What I most like in him is that, although living in Georgian London, he refuses to wear a powdered wig and has a passionate, free spirit. But, honestly, who could ignore his being tall, handsome, and blue-eyed, with long black curls and olive skin?

“He was the handsomest man she had ever set eyes on, with his black wavy hair, olive skin and a profile which reminded her of a statue”
Well, this is the effect he has on Janie, a poor servant, but read the book and you’ll discover no woman of any rank can resist his charms.
Alec Halsey is the protagonist of Deadly Affair by Lucinda Brant whom readers of FLY HIGH may remember entering the stage in Deadly Engagement (my review).
This second “crimance” (blend of crime and romance) in Lucinda Brant’s Alec Halsey Series comes as a surprising continuation of the first book. Ms. Brant doesn’t disappoint her readers, the fans of her brilliant historical fiction, and confirms her talent with this sequel of Alec’s and Selina’s  adventures.
This time we have more crime and mystery than love in the plot. However, the few Alec/Selina moments are worth reading and enjoyed. Of course, the rest of the storyline is incredibly intriguing too and I found myself completely caught up in Alec’s efforts to solve the intricate mystery connected to the sudden death of Mr. Blackwell.
In DeadlyAffair you meet again some of the characters from the previous novel, like Tam, Uncle Plantagenet Halsey and Selina Jamison-Lewis, but there is also an entire gallery of new well-drawn characters animating this 18th century scenario and complicating Alec’s never-ordinary life. You needn’t read Deadly Engagement to be able to enjoy Lucinda Brant’s second installment in the series as there’s enough background knowledge to help you follow the story and avoid being confused. On the other hand, if you have read Book I, you won’t be annoyed with too many details about the past.
I usually don’t like reading series, I often feel the characters lose their credibility and their original grip episode after episode or it may happen that plots and turns become repetitive. But that is not the case here. I found this sequel gripping and engaging, different from its prequel, extremely enjoyable and, hear hear, I can’t wait for Book number 3 in the series which Lucinda Brant is planning to write!
And now, let’s sum up why you shouldn’t miss reading Deadly Affair: 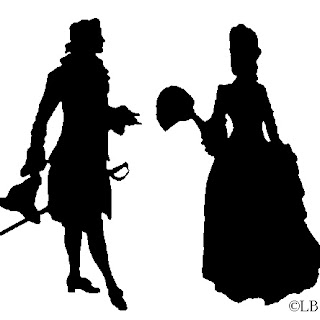 1.         Irresistible male hero (yes, I know, I’ve already said it) and fascinating complex heroine you can   totally sympathize with
2.         Perfect blend of history, mystery and romance (not the main feature, remember)
3.         Witty prose and well-researched historical/social environment
4.         Passionate love-story never too sentimental, never too easily predictable
5.         A real page-turner, especially when you become involved in the hero’s investigations on the murder cases (yes, more than one!)

If I have to find flaws, I can think of just two: too little romance for my tastes; too abrupt an ending.

But they are also the reasons why I can’t wait to read Book 3! I want more Alec/Selina moments and to discover where the letter just received from his Godmother will take our hero next!

Leave a comment + your e-mail address to win an ARC PDF of the upcoming print copy of DEADLY AFFAIR: A Georgian Historical Mystery. Open world wide this giveaway contest ends on June 6th.

I'd love to read this book, it sounds really engrossing, and I love all aspects of it.
Thanks,
Sherri
rithebard@yahoo.com

I would also love to read this book - I love historical mysteries and romances and this rolls all of my favorite things into one! I have ordered the first book in the series but since this one seems to be only available on Kindle at the moment and I don't have a Kindle, I'd love to win it!

Sounds really good! Thanks for the chance to win!
natasha_donohoo_8 at hotmail dot com

A Georgian era Crimance! This sounds awesome. I have read Lucinda's other series and loved it so I look forward to reading this one too.

Thanks for sharing!
sophiarose1816@gmail.com

I just read Salt Bride, Noble Satyr,Midnight Bride and Autumn Duchess. I have purchased Deadly Engagement but haven't read it yet. After saying all that it must be obvious that I really enjoy Ms Brant's works. I haven't found Dair Devil. Is it in the future? I'll keep looking if she keeps writing.

So excited about this giveaway! I'm hooked just at the first glance of her covers!

Oh this one looks so good excited thats its an ARC too!!!

A historical crimance - sounds great to me! I've heard wonderful things about Ms Brant's writing and I'd love to win this.