Summer means relax and travelling, binge watching and remorseless staying up late,  but it also means spare time for more good books. Have you read anything interesting? I have! Here are some of the best among my holidays reads. Very different genres, international authors - but especially British - all of them  are worth reading and will help you feel good or better. Book Blurb - Dr Eitan Green is a good man. He saves lives. Then, speeding along a deserted moonlit road in his SUV after an exhausting hospital shift, he hits someone. Seeing that the man, an African migrant, is beyond help, he flees the scene. It is a decision that changes everything.

Because the dead man's wife knows what happened. And when she knocks at Eitan's door the next day, tall and beautiful, holding his wallet, he discovers that her price is not money. It is something else entirely, something that will shatter Eitan's safe existence and take him into a world of secrets and lies he could never have anticipated.
Everything gets more complicated and tense when Dr Green's beloved wife, Liat, smart police officer and detective, starts investigating on the case.
This new brilliant novel is crafted as a suspenseful thriller, one you suffer putting down and which resonates with you for a while after you finish reading. It is also a touching study of the human mind coping with guilt, shame, desire and resilience. One of the most intriguing books I've read this year.

The author, Ayelet Gundar-Goshen,  was born in Israel in 1982 and holds an MA in Clinical Psychology from Tel Aviv University. She is also a screenplay writer who has won prizes at international festivals, including the Berlin Today Award and the New York City Short Film Festival Award. Waking Lions is her second novel. Her debut novel, One Night, Markovitch won the Sapir Prize for best debut and is being translated into five languages.

Buy the book or read an excerpt 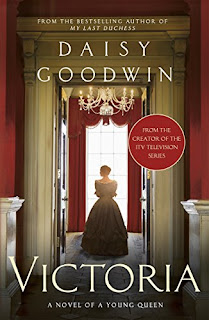 Book Blurb - In June 1837, the eighteen-year-old Victoria wakes up to find that she is Queen of the most powerful nation in the world. But will she be queen in her own right, or a puppet controlled by her mother and the sinister Sir John Conroy? Can this tiny girl prevail against the men who believe that women are too hysterical to rule?

Everyone wants her to get married, but Victoria has no intention of entering into a marriage of convenience with her cousin Albert, a shy bookworm who didn't know how to dance the last time she met him. She would much rather reign alone with a little help from her Prime Minister, Lord Melbourne. He may be old enough to be her father, but he is the only man who believes that she will be a great Queen, and he knows how to make her laugh. A husband would only get in the way...

I've always loved the Victorian Age, its wonderful great deal of literature and art, but never actually focused on the Queen from whom the era took its name. What I knew about her from history books didn't make me sympathize with the royal figure, I wasn't fascinated by the stern icon we had inherited from art and history. After watching ITV drama series Victoria, proposing the story of her early years of reign, when only 18 she became the monarch of an ascending empire, I grew more and more interested in her personality.

This is why I got Daisy Goodwin's novel and read it this summer. It is a very pleasant, quick read. It has the perfect balance of thorough historical research, romance and escapism. It is beautifully written, with a smooth easy style that hides distinguished erudition, mastery at characterization and psychological insight.

Daisy Goodwin is the creator of  the TV series VICTORIA and author of the bestselling My Last Duchess and The Fortune Hunter. It is the perfect summer read for fans of period drama series and historical fiction.


Buy the book, listen to or read a sample 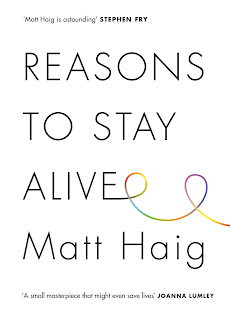 This is the true story of how Matt Haig, successful British author of The Humans (debut novel)  and How to Stop Time (at present in the best selling charts), came through crisis, triumphed over a mental illness that almost destroyed him and learned to live again. Unexpectedly joyous and funny, obviously moving, this little books is precious and more than simply a memoir. It is a book about making the most of your time on earth.

Lots of reasons to read it. First of all because it helps you find answers to the crucial question, "What does it mean to feel truly alive?" Even if you don't suffer from mental illness of any kind. But, how can we be so sure we don't, after all?

'I wrote this book because the oldest clichés remain the truest. Time heals. The bottom of the valley never provides the clearest view. The tunnel does have light at the end of it, even if we haven't been able to see it . . . Words, just sometimes, really can set you free.' - Matt Haig

Buy the book, listen to or read a sample

The House of Sleep by Jonathan Coe 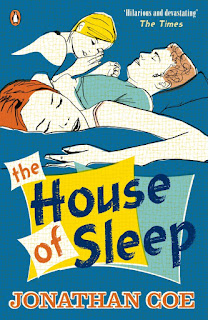 Book Blurb - Sarah is a narcoleptic who has dreams so vivid she mistakes them for real events; Robert has his life changed for ever by the misunderstandings arising from her condition; Terry, the insomniac, spends his wakeful nights fuelling his obsession with movies; and the increasingly unstable Dr Gregory Dudden sees sleep as a life-shortening disease which must be eradicated. . .
A group of students sharing a house. They fall in and out of love, they drift apart. Yet a decade later they are drawn back together by a series of coincidences involving their obsession with sleep - and each other. . .
Can a book make you laugh out loud and make your heart ache? Yes, it happens sometimes and it usually means it's by a great writer. The House of Sleep is a clever, brilliant, delightful and touching novel. It was my first Jonathan Coe book,  but his brilliancy and intelligence won me and I'm currently reading a second book, The Rain Before It Falls, which is so beautiful and so sad.

The House of Sleep is built on two parallel narrative lines telling the stories of the same characters in the 1980s and in the 1990s. The odd numbered chapters are set mainly in the years 1983-4 and the even chapters are set in June 1996. The plot develops shifting in time and bit by bit you add the scattered little pieces to the whole jig-saw puzzle which will surprise and move you when you set the last one in place.

Buy the book, listen to or read a sample