STEVEN A. McKAY - 10 THINGS WILL SCARLET & ROBIN HOOD WOULD LOVE OR HATE ABOUT MODERN TIMES

For this guest blog post we thought it might be interesting to take a look at some of the things we take for granted in the 21st century and think about how our medieval heroes might see them.

Obviously my The Forest Lord series focuses mainly on Robin Hood but the final novella The Abbey of Death is all about Will Scaflock (Scarlet),  so let’s start with him. 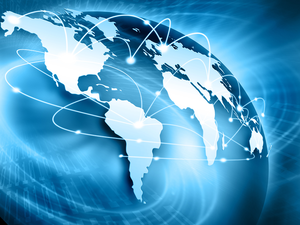 This might surprise readers of my novels. Will is notoriously tetchy and rather set in his ways so why do I think he’d appreciate a massive invention like the rise of the internet? Well, as you’ll find out in the new novella, Will is trying his best to adapt to the changes in his own life and he’s even taken up gardening. Anyone that’s ever tried growing an unfamiliar tree or plant knows the internet is a huge help with things like that so Scarlet would, I’m sure, love the ability to find out about ericaceous compost and the like! 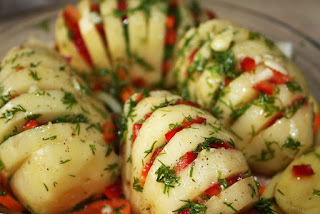 Okay, number 1 probably threw you a bit, so this one is a lot more obvious. Friar Tuck loves his food and drink, as do all of Robin Hood’s men, but the medieval larder was sorely lacking certain things we take for granted in modern day Britain. Like potatoes! These weren’t introduced into the country until much later and I can see Tuck being in his absolute glory with a mug of ale, surrounded by plates of potatoes, from chips to mash to crispy roasts in goose fat. The middle-ages never knew what they were missing out on.

Sorry, I hope no-one sees this as a sexist choice but in my experience women love chatting on the phone more than most men so I’m sure Robin’s wife, Matilda, would own the top of the range iPhone or Android device so she could talk to her mum for hours on end. She might even have one of those funny little rubber covers in the shape of Hello Kitty. 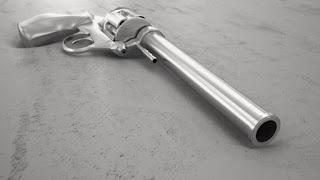 The characters in my books are all pretty violent. Skilled with a longbow or a sword, Robin is a legendary killing machine, BUT, he doesn’t glory in death. He was forced into that life by the injustice of the times but he was never one to murder people gratuitously so I’m sure he would view the emergence of guns with horror. It was bad enough trying to survive when your enemies carried a bow and a few arrows, never mind some crazy with a .44 Magnum!

Someone like Friar Tuck was always better at filtering out upsetting news than Robin who occasionally let things get on top of him. He didn’t have the life experiences of Tuck – a former mercenary – to fall back on and help him cope with the harsh realities of medieval life. How would these guys have dealt with the constant, 24 hour barrage of depressing reporting that the mainstream media pile upon us nowadays? It’s everywhere and people used to a much smaller world would, I think, be utterly horrified to discover just how much evil there really is all around us.

Back in the 14th century a minstrel had to make do with whatever he could afford and that probably meant struggling with gitterns that would go out of tune constantly and replacing broken strings would be a nightmare. Can you imagine Allan-a-Dale’s delight if he was to walk into a modern musical instrument shop? Even the cheapest electric guitars stay in tune and, through a little amplifier, can sound huge in the right hands. Also, instead of a crappy single “drum” Allan could get a full electronic drum kit that can be packed away into a tiny space (remember many people lived in a small, single-room house back then). Truly, minstrels would think our 21st century instruments miraculous!

Continuing the idea that people didn’t live in huge houses back in medieval times, Tuck would have surely loved the ability to store a HUGE library of books in a tiny little space. Instead of spending literal fortunes on rare, expensive printed books that needed giant rooms to store them, Tuck could have all he needed on a single Kindle and, with fantastic novels like Wolf’s Head costing just £1.99 he’d think he was in heaven…

As the leader of his merry gang Robin often had to find his way to and from unfamiliar places. How long would it take them to get from one place to another? What was the quickest route? How the hell to avoid that steep hill with all the briars and jaggy nettles growing all over it? Even without a car, walking around the place is made so much easier with the likes of Google Maps – I’ve seen me using it around Glasgow City Centre to find my way to a restaurant or whatever. I’m sure Robin Hood would welcome the chance to get from A to B without getting lost or traipsing through a field full of dung.

As a man who calls a spade a spade and appreciates people for what they bring to a relationship Little John would despise our culture’s worship of vacuous celebrities who are famous and wealthy simply because they’re attractive or made a sex tape. TV shows like Big Brother glorify people for being stupid or obnoxious while many children no longer want a career, they just want to be rich and famous for doing nothing rather than nurturing any talent they might have. Then again, John can be pretty abusive and non-politically-correct himself, so maybe he’d find himself a poster boy for a generation! 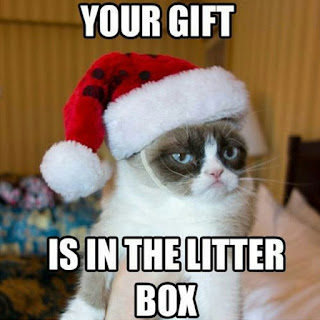 As you’ll see when you read The Abbey of Death Will has turned to God, mainly because he’s become lonely. His daughter has moved into her own house with her husband and son and most of Robin Hood’s old gang have gone their separate ways leaving Scarlet brooding and alone. The likes of Facebook and Skype would have been a huge help to people like that, particularly guys who’d seen so much death and evil. Who doesn’t smile when they see a Grumpy Cat meme or a video of a cat falling into a bath?

So would our medieval heroes like our modern day toys and society? With 7 LOVES to just 3 HATES I think, overall, Robin, Will and the rest of the gang would prefer our time to their own. Yes, it’s not perfect by any means, but 14th century was a harder place to live by far, especially if you weren’t a rich nobleman.

But what do you think? Is our time better than a particular historical period? What other gadgets or cultural nuances would historical/ fictional characters love or hate, and why?

Let us know in the comments section! 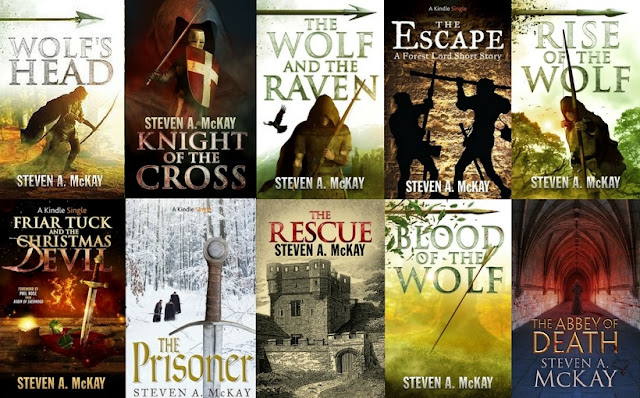 The Abbey of Death should be out sometime in 2017, with a brand new series starring a warrior-druid in post-Roman Britain following shortly after. 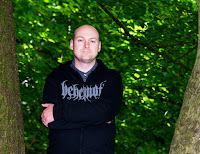 Website with link to my mailing list and a FREE, exclusive Forest Lord story, only available to subscribers!
https://stevenamckay.com/mailing-list/
Posted by Maria Grazia at Friday, July 14, 2017
Email ThisBlogThis!Share to TwitterShare to FacebookShare to Pinterest
Labels: Books, Guest bloggers, Historical Fiction, Robin Hood, Steven A. McKay, The Abbey of Death, The Forest Lord Series, Will Scarlet