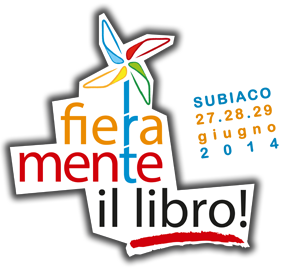 My love for books is known beyond borders, since I've been blogging in English for a while now and I have been sharing my passion with readers living in so many different contries.
What has happened is that in the last years,  I've read many books,  but not so many in my native language, which is Italian. That's a pity,  of course,  but as we usually complains in the book blogosphere, "so many books, so little time!"
Today has been pretty special as for books & me and the outcome is ... there are a few Italian books I am going to read soon.
I'll be in the panel of reading judges in a literary contest, we are 29 and have the task to choose the winner in the fiction section. I'll have to read 3 novels, debut releases by new authors for important  Italian publishers. The event, Fieramente il Libro is at its second edition here in my town and I'm flattered and honoured to be involved. It'll take place on 27/28/29 June 2014. I can't wait! I'll keep you informed, of course, and I'll start reading soon.


This afternoon I met the other readers in the panel and during the meeting we received the books to read. Among them we'll have to pick up our best favourite. We don't have to reveal which is the one we choose before 29th June. It's something totally new and I'm really excited to be a part of this new adventure. 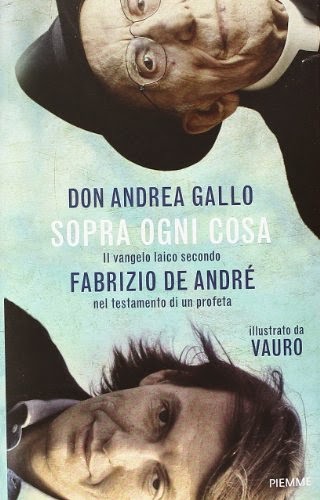 Once the meeting for the literary contest was over, I went to the public library for the presentation of a new book: "Sopra ogni cosa". It is about two extraordinary Italian figures, late Don Andrea Gallo, an anticonformist, ex-partisan,  priest , and  Fabrizio De André (1940- 1999), well-known musician, singer and songwriter. They were both from Genoa and both advocated  for the lowest and the humblest all their lives.  A priest and an atheist who were close friends and respected each other's ideals, which were incredibly just the same: l'amore sopra ogni cosa, love above all. The two defined their friendship as "angelically anarchical. "
De André  is known for his sympathies towards anarchism, libertarism and pacifism. His songs often featured marginalized and rebellious people, gypsies, prostitutes and knaves, and attacked the Catholic Church hierarchy hypocrisies. Don Gallo dedicated his life to the poor and the marginalized, spending his nights wandering in the most dangerous areas of his city in order to help and rescue them.

Don Andrea Gallo had been working at this book with journalist Gianni Di Santo for a while,  when he   died in May 2013: to write a book about what he considered his 5th Gospel, De André's work. And the connections between Jesus's message and those lyrics are unbelievable, especially if you think De André was an atheist.
Journalist Gianni Di Santo was in the library today to present Sopra ogni cosa: he remembered anecdotes from his meetings with Don Gallo and read passages. Two young musicians from our town, Matteo and Tommaso, performed a few of De André's songs with their guitars and they were awesome. On the whole a very pleasant event and also quite an enriching afternoon. 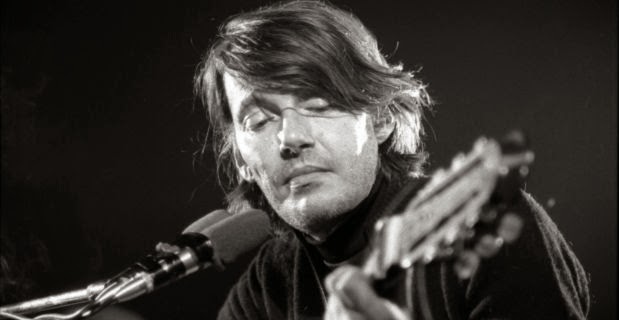