AT THE CINEMA - ABOUT TIME

"To live is the rarest thing in life. Some people just exist" (Oscar Wilde) 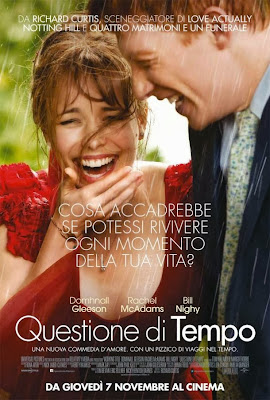 I'd wanted to watch this film since I first heard about it but I wanted to see it even more when I discovered  it would be Richard Curtis 's last.
Richard Curtis directed or wrote cult Brit comedies like "Four Weddings and a Funeral", "Notting Hill", "Bridget Jones's Diary", "Love Actually"  and, last but not least,  the irresistible BBC series The Vicar of Dibley.
Maybe his thinking about retiring and leaving his profession has made this new comedy, "About Time", more than a sweet romance, a poignant reflection about how precious our time is. Sweet, funny and poignant.


Though the movie is as careless and bizzarre, as light and hilarious as his previous works, in "About Time", Richard Curtis added deeper,  bit existentialist thoughts.


Tim (Domhnall Gleeson) is 21, clumsy and insecure, and  lives in a wonderful corner of Cornwall . Out of the blue, one day his father (Bill Nighy) reveals him their family's secret: the men in their family can time travel . They can't change History, but they can go back and change their own personal past history. 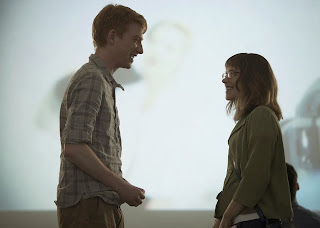 Being totally inexperienced in love, Tim decides to use his gift to get a girlfriend. But his clumsiness and shyness won't help and his unsuccessful love life will go on  for a while, despite his newly discovered power, until he meets Mary (Rachel McAdams) and  he falls in love with her,  surprisingly enough,   requited for the first time in his life.
Unfortunately,  his moving back and forward in time will complicate things instead of making them easier and Tim will have to save the moment more than once.

While the first part of the movie is almost impeccable with its  light tone, beautiful Cornish landscapes, sweet and bizarre protagonists,  humorous, brilliant lines,  in the second half the repetitiveness of the time trips and lengthiness of some scenes connected to secondary characters, make the narration  less fast paced and at times awkward.
These little imperfections, which I did notice, didn't spoil the beauty of the majority of the scenes, the smartness of most lines, the depth of the main theme. 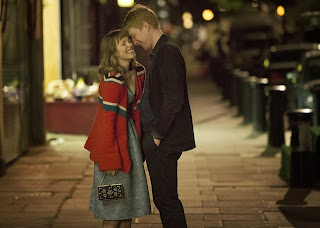 More than the tender love between Mary and Tim, what involved and touched me mosst, was the father/son relationship, that is the real heart of the story.
This movie was such a delight  to watch that I'm sure I kept smiling for almost all its length and , when I stopped, it was to laugh out loud (Tom Hollander!) or to look for a packet of tissues inside my bag toward the end.
I came out of the theatre humming an old beautiful Italian song,  which was surprisingly Tim's best favourite ("Il Mondo" by Jimmy Fontana) and convinced once more that we don't need magic or superpowers to make our lives special:  we must learn to enjoy each little moment, even the most ordinary, learning how to make each of them extraordinary,  with patience, care and love.
We can't avoid sadness, troubles, sorrows or loss  but  we can face them and even learn to treasure  them. Facing and overcoming those tough moments,  we can get the strength to go on through life with lightness and gratitude . 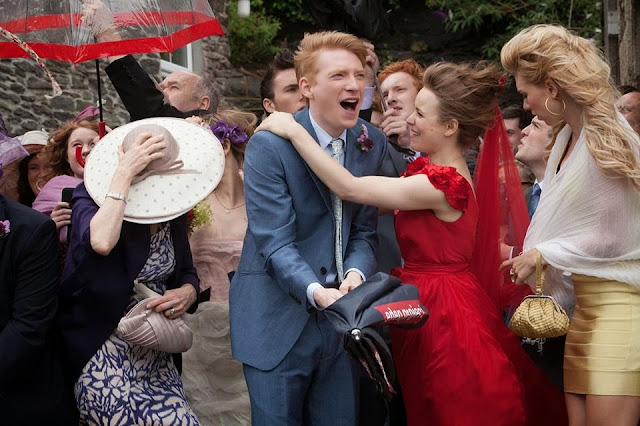 "About Time" may be a bit sentimental,  but it truly conveys  a simple, precious legacy.  Richard Curtis leaves his audience with a special gift, his own very personal "recipe for a happy life",  whose ingredients are love, optimism, lightness, kindness and patience.
Posted by Maria Grazia at Friday, November 15, 2013
Email ThisBlogThis!Share to TwitterShare to FacebookShare to Pinterest
Labels: About time, At the cinema, Domhnall Gleeson, Movies, Questione di tempo, Rachel McAdams, Reviews, Richard Curtis, Romance

It sounds wonderful and definitely my kind of movie!

my kind of movie, too

I wanted to watch it since I heard it was a Richard Curtis romcom, because those are the very best. :) Didn't see it at the cinema, and probably won't end up seeing it until it shows up on TV in a couple of years, but ... oh well. Sounds like it's worth watching either way, and that's the main thing. :)

I went to the cinema with my husband and, you know, that's a real event in my life. I can't go very often since we have to drive for about 70 km. So, my sympathy. There are so many movies I'd like to see in a theatre but I end up watching on TV. Anyway, I love "About Time", Traxy. It is melancholic, bittersweet, romantic and very funny. What I most appreciated was the setting in Cornwall: a real dream house! ;-)
Thanks for dropping by and commenting!