SPOOKS: no ghost but “alive and kicking” MI5 agents! 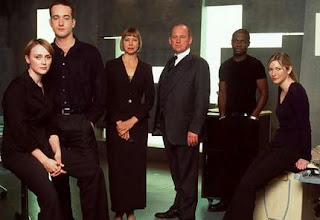 THEY SPY ON US BUT ... FORTUNATELY IT IS NOT BIG BROTHER!
Not books nor theatre, not poetry nor any literary passage. To fly high a very good TV series tonight. SPOOKS, directly from BBC, my favourite one.
There are generally just a few things that American television does better than its British counterpart. Note …I said just a few, because in general I feel that a lot of British programming is far superior to that of the USA and of Italy, of course!
So what does the Americans do better than the British? Well, if you have ever seen series such as '24' or 'CSI' then you will understand what I mean. First of all they do not appear to have a limited budget, then they are well crafted, fast paced and extremely well edited.
Each episode is a clearly defined unit and its storyline works well and fills the hour with no loose ends. There is, in my view, one series that challenges them on BBC1: SPOOKS. It is a series that has received a good deal of criticism since its broadcasting,

The seventh series has been nominated for a BAFTA award in the Best Drama Series category. The other series nominated are Doctor Who, Wallander and Shameless. The first series of Spooks won the BAFTA in this category in the 2002 awards, and it was also nominated in 2004 and 2005.

'The BAFTAs' are the most prestigious awards in British television, and are given by the British Academy of Film and Television Arts. This year's award ceremony will be held in London at the Royal Festival Hall on Sunday 26th April. The full list of nominees can be seen at BAFTA's website.

SPOOKS features the work of the British espionage agency, MI5, but it is no glossy James Bond type of programme. We do not see a glossy 'aren't they all a great bunch' kind of programme, we see people with flaws, with grievances and sometimes we see them doing things they should not be doing or being defeated if not even killed. 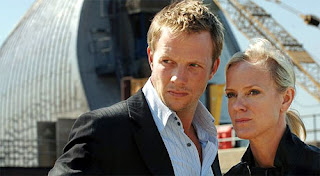 There have been seven series on television so far – the last has been the most critically – acclaimed ever - and the filming of the eighth series is due to start in March 2009. In Italy, from time to time, you can watch some episodes on BBC Prime, the satellite channel of the BBC (in English with no subtitles). Last summer the third and fourth series were on Hallmark (again satellite pay TV) every Tuesday night at 9.00 p.m. , this time it was doubled in Italian but …it sounded strange. I prefer the original voices of the British actors!
I bumped on one episode of the first series during the summer 2006, zapping boringly in search for something interesting, and since then … I’ve seen all the episodes of the first six series (56!) on DVD , I’ve read articles and reviews about the latest series (broadcast on BBC1 and BBC3 from 27th October till 8th December) and I’m eagerly waiting for the release of the new DVD (February 2009).

By the way, SPOOKS is slang for “ghosts” or “spies”. MI5 is the Home Espionage Agency. MI6 is the Foreign Espionage Agency. James Bond (007, not any spook) is an MI6 agent.
Have a look at some of the most popular SPOOKS… 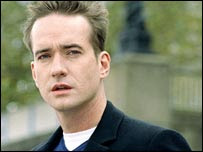 Matthew Mac Fadyen as Tom Quinn. Tom was decommissioned because he jeopardised a delicate operation and left the cast at the beginning of series 3 just in time to become ... don't you recognize him? Do you remember MR DARCY in "Pride and Prejudice" 2005 adaptation?
SEE VIDEOCLIP from SPOOKS series 3: "Tom's decommissioned" . 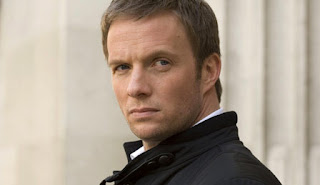 Tom was replaced by Adam Carter, actor Rupert Penry-Jones. He stayed on as one of the leaders of MI5 section D till the first episode of series 7. See the video of his last dramatic breathtaking moments ... 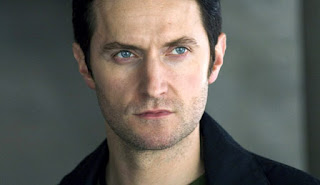 In 2008 episodes, a new arrival, Lucas North, actor Richard Armitage (my one weakness!). Lucas was tortured, then jailed for 8 years in Russia. He replaces Adam Carter at section D where he had worked before he was caught. Is he a double - agent?

I've also found this great music clip which blends my favourite TV series and one
of my favourite songs by Coldplay: have a look and enjoy it!

THANKS TO HEATHDANCES FOR THIS WONDERFUL CLIP. SHE'S GREAT! LOOK AT HER PAGE ON YOUTUBE. CLICK HERE.

I'll keep in touch. I've linked to your blog. So I'll pass by as soon as you update it. Till very soon, then.

I missed this post before as I have only been reading your blog since last Fall.
I really enjoy Spooks as well. I only started watching it about a year ago on a cable channel and it was way behind, like Season 2 or so, and I really liked it but kept forgetting to tune in.
Then when I started my RA obsession and found out he was on the show, I had to catch up quickly so I started watching it online as well. It's still on TV Sunday nights after Masterpiece Classic, now it's up to Season 5 because Ros just came into it.
Great television, and I don't watch "24" and only watch "CSI" sporadically. Totally love Spooks/M15 though!