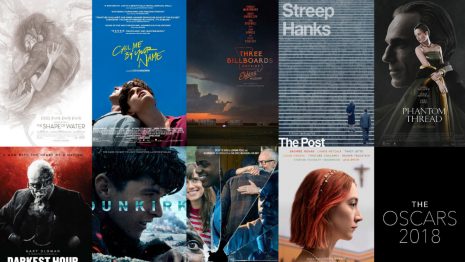 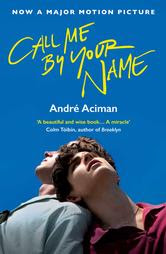 Call Me By Your Name is  a beautiful best-selling coming-of-age novel turned into an outstanding indie movie which has been critically acclaimed since it was shown at Sundance in January 2017 till its 4 Academy Awards Nominations (Best Picture, Best Leading Actor, Best Song, Best Adapted Screenplay).

Here's how the book is presented on goodreads where it has wonderful reviews and a rating of 4.32/5.00:

Call Me by Your Name is the story of a sudden and powerful romance that blossoms between an adolescent boy and a summer guest at his parents' cliff-side mansion on the Italian Riviera. Unprepared for the consequences of their attraction, at first each feigns indifference. But during the restless summer weeks that follow, unrelenting buried currents of obsession and fear, fascination and desire, intensify their passion as they test the charged ground between them. What grows from the depths of their spirits is a romance of scarcely six weeks' duration and an experience that marks them for a lifetime. For what the two discover on the Riviera and during a sultry evening in Rome is the one thing both already fear they may never truly find again: total intimacy. 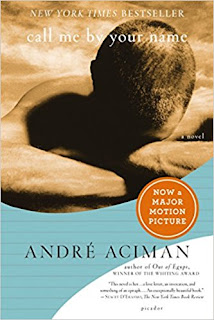 I've read the book, listened to the audiobook and watched the movie and I must admit it's been one of the most involving, moving experiences as a viewer/reader. I don't know which chords this story exactly touched but I really love it.
After watching the film I was overwhelmed and wanted to read the book, then I found the audiobook and went through the story once again, enjoying the three different experiences.  My enthusiasm for Guadagnino's film and Aciman's book reminded me of my fondness for E. M. Forster's  novels and James Ivory's movie adaptations in my university years.

André Aciman's novel has many fans and was a best seller when it came out back in 2007. Aciman lived in Italy where Call Me By Your Name is set and has a fascinating personal story I  discovered listening to interviews or  to his discussions in academic meetings.
He said he is in love with Luca Guadagnino's movie version of his own story and that he likes the movie finale more than the end of his novel. Professor Aciman even has a cameo in the movie as one of the bizarre guests of the Perlman's family.

Aciman was born in Alexandria, Egypt and is an American memoirist, essayist, novelist, and scholar of seventeenth-century literature. He has also written many essays and reviews on Marcel Proust. His work has appeared in The New Yorker, The New York Review of Books, The New York Times, The Paris Review, The New Republic, Condé Nast Traveler as well as in many volumes of The Best American Essays. Aciman received his Ph.D. in Comparative Literature from Harvard University, has taught at Princeton and Bard and is Distinguished Professor of Comparative Literature at The CUNY Graduate Center.


Same story but ... not exactly 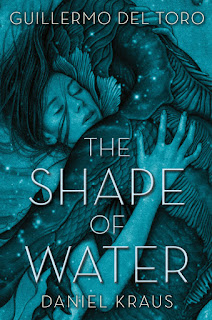 Apparently Daniel  Kraus carried that idea of The Shape of Water around with him for years, never finishing it, until one day he had breakfast with Guillermo del Toro in Toronto and casually revealed  to the film-maker the seed  he had for a story when he was just 15:   a creature locked in a lab and a janitor that tries to break it out. Collaborating with Del Toro,  The Shape of Water took two forms: a movie and an unconventional novel.

Kraus says the novel is different from the movie:

"There are some differences. There’s entirely different characters and things that are just wildly changed from one thing to another. I think it’s a far cry from a novelization. We were working simultaneously, but I didn’t want any more information than what he was contributing. We wanted it to be able to exist on its own.”


The movie kept me glued with its magical atmosphere and I was deeply touched by Sally Hawkins's performance as Elisa. Richard Jenkins, Michael Stuhlbarg and Octavia Spencer have great supporting roles too. Romance and food for thought are the main ingredients of this dark fairy-tale we can now enjoy also as a book.

Here's how they present it on Amazon:

It is 1962, and Elisa Esposito―mute her whole life, orphaned as a child―is struggling with her humdrum existence as a janitor working the graveyard shift at Baltimore’s Occam Aerospace Research Center. Were it not for Zelda, a protective coworker, and Giles, her loving neighbor, she doesn’t know how she’d make it through the day.Then, one fateful night, she sees something she was never meant to see, the Center’s most sensitive asset ever: an amphibious man, captured in the Amazon, to be studied for Cold War advancements. The creature is terrifying but also magnificent, capable of language and of understanding emotions…and Elisa can’t keep away. Using sign language, the two learn to communicate. Soon, affection turns into love, and the creature becomes Elisa’s sole reason to live.But outside forces are pressing in. Richard Strickland, the obsessed soldier who tracked the asset through the Amazon, wants nothing more than to dissect it before the Russians get a chance to steal it. Elisa has no choice but to risk everything to save her beloved. With the help of Zelda and Giles, Elisa hatches a plan to break out the creature. But Strickland is on to them. And the Russians are, indeed, coming.

The Shape of Water by Daniel Kraus and Guillermo del Toro was released on February 27, 2018. You can read an excerpt here or buy it here.

Posted by Maria Grazia at Saturday, March 03, 2018
Email ThisBlogThis!Share to TwitterShare to FacebookShare to Pinterest
Labels: André Aciman, Books, Call me by your name, From Books to Movies, Movies, Oscar nominees, Oscars, Oscars 2018, The Shape of Water

Thank you for the reviews.