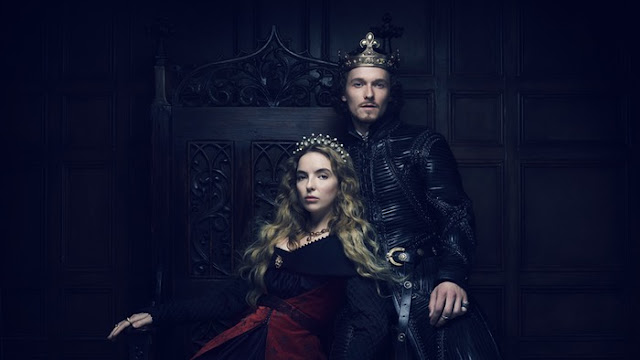 Have you seen episode 1 of new Starz The White Princess? I saw and liked The White Queen when it was on, so I have been eagerly waiting for this new series which was announced as a sequel. However, I'm sure it can be seen as an indepent chapter of the tragic Cousins' War, so don't worry if you haven't seen the previous series.
I didn't expect to like The White Princess, though.  Being a Ricardian, I am supposed to watch it with a scowl, despising King Henry VII (Jacob Collins-Levy),  probably as much as Prince Elizabeth of York (Jodie Comer),  who hated him for killing her beloved uncle (and lover?), King Richard III. But just like her,  I unwillingly accepted  to grant him the chance to prove himself the rightful king of England  and I let him be just the hero of a new TV show.  Beware Henry/Jacob, you'll have a very hard task to make Elizabeth and me change our minds!
Jokes apart, I liked what I saw in the first episode: lavish, intriguing, introspective. Little history, much fiction, but good period drama. Right balance of sex & violence, intrigue & politics. Hence, green lights, Starz! (N.B. Those who are in search of historical accuracy as well as perfect 15th clothing and hair style had better look for academic essays and documentaries). 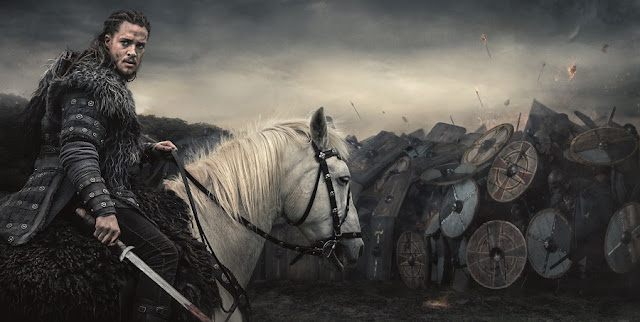 Uhtred son of Uhtred happens to be my favourite Old English hero, at present. He may be an arseling , as his friend Brida calls him,  but a strong, loyal, brave one. What I especially like is his sense of humour and his being the result of Anglo-Saxons roots and Viking upbringing.
The Last Kingdom Season 2 is half-way through and episodes 1-4 based on book 3, The Lords of the North, in Bernard Cornwell's saga,  were really good. Brilliant scripts, awesome landscapes, gritty fights, sexy scenes, good acting. Lovely Alexander Dreymon aka Uhtred is perfect as well as David Dawson is remarkable as the embodiment of King Alfred the Great. They are supported by an amazing cast with the some great new additions. Among them I was really happy to see Richard Rankin from Outlander and Toby Regbo from Reign.  The Last Kingdom is on BBC Two on Thursday night. 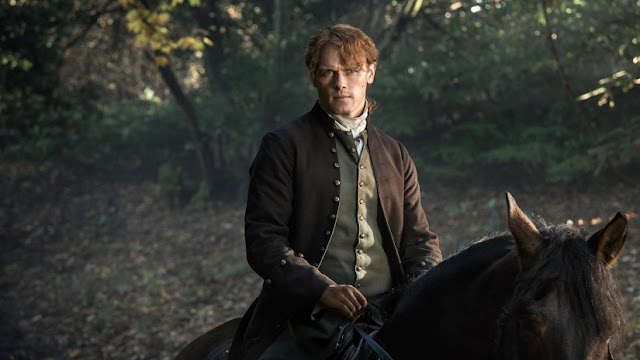 Who loves this series like me can understand what balm this little teaser trailer has brought to us fans caught into deep, harsh and prolonged droughtlander! An "agonizing montage of lost love" titles Variety,  "Claire and Jamie's painful separation"  anticipates Vanity Fair. I'd say:  At last! And then, + Is that all?
In Season 3 the story starts over after Claire travels through the stones back to her life in 1948. Now pregnant, she struggles with the consequences of her sudden return and its effect on her marriage to her first husband, Frank.  Meanwhile, in the 18th century, Jamie suffers from the aftermath of the tragic defeat in the historic battle of Culloden (1746), as well as the loss of Claire.
No hint to their reunion in the trailer,  but we all know that it is to come. It must, it will! (see Alexander Malcom & printing shop)

The Durrels and Grantchester are back 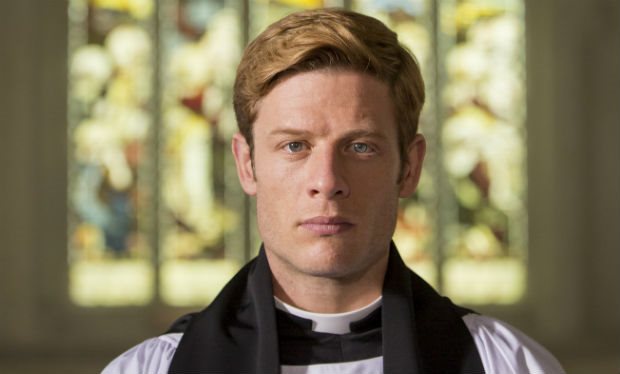 Sunday nights are going to be pretty busy in a while. Busy and full of emotions, I bet. ITV will propose a duet each weekend: The Durrels and Grantchester back to back starting at 8 o'clock on Sunday nights. I'm super excited!
James Norton will resume his post on 23rd April on ITV as Sidney. As we meet him again, nothing will apparently be different: he struggles to strike a balance between his work and his personal life, while solving crimes with his friend Geordie at the same time (Robson Green). Amanda? Her baby? Don't be too curious. Let's wait  and see. Sunday is practically here! 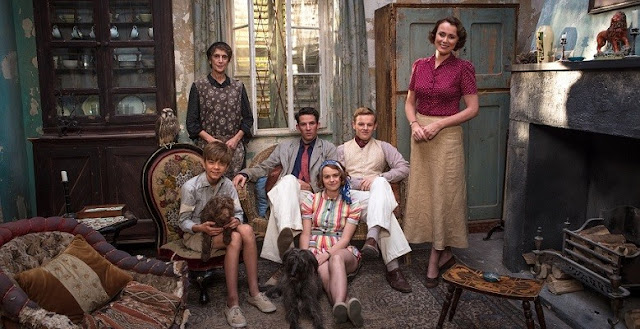 While waiting for Sidney Chambers' new adventures at 9, don't forget to turn ITV on at 8 p. m. to see the return of The Durrels and their extravagant and lyrical life in Corfu. I found the first series so lovely! Will Mrs Durrel (Keeley Hawes) finally find the peace she was seeking when she first landed in Greece with her children?

Who is the real vicar of Grantchester?

That last scene of Last Kingdom's episode 6 was impressive!

lots of good ones

Yes! And that makes me so happy since I love period series 😊

I like The White Princess, but I don't love it.
Perhaps I need to stop comparing it to The White Queen, which had far better sets and costumes. And can they please do something about Henry's weird curly mullet, which is obviously extensions? The acting seems good, though.