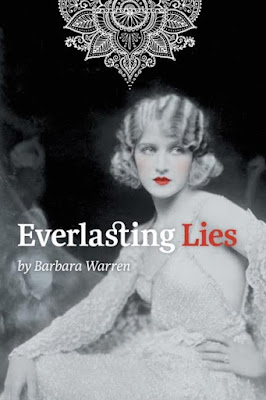 About the Book
Edina Paxton is kissed at twelve, seduced at fourteen and married with child at fifteen. She immediately regrets her marriage to Charles Vernon and is relieved when he leaves to fight in the trenches during WW1. She soon finds love, comfort and sexual satisfaction with Bill, another soldier and the boy who first kissed her.
Charles is invalided out of the army and is sent to India on a hospital ship. There, he becomes a manager of a coalmine in Britain’s Indian Empire, with all the privileges that his position rewards, including sexual favours from female employees. At the end of his army service in 1920 he returns to England to collect his family and return to India, only to be greeted with the news that while he was away Edina was at play. She is pregnant.
Reluctantly, Edina and her three children sail for India with Charles and Edina gives birth to her fourth child while sailing south on the Red Sea. On reaching India Charles finds his Indian mistress is pregnant and Edina finds Charles’s Indian boss to be very attractive. It’s a mutual attraction. Neither Edina nor Charles is a saint.

Piecing together fragments of her grandmother’s remarkable and tragic story, Everlasting Lies is Barbara’s loving tale of the early life of Edina, her grandmother, and Charles, Edina's husband. They both experience the horrors of WW1 and, in hopes of renewing their marriage, start new lives as members of the upper class in Imperial India. ​
Buy the Book
Author Website (has links to all retail sites where book is sold)
Amazon ~ Barnes & Noble ~ Chapters Indigo 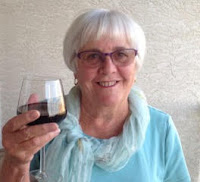 Barbara Warren always has the pedal to the metal. Born in England and educated at a convent, she left school at sixteen and was selling encyclopedias in the roughest part of London at eighteen. She married and emigrated to Canada when she was twenty-three, had three charming daughters, went to university when she was thirty-six and retired from teaching in her mid fifties.
Then she pursued her passion for the arts and for travel. She and her husband rode camels in India, elephants in Nepal and horses in Montana. They hitchhiked in Norway, cycled across Denmark and snorkeled on the Great Barrier Reef. Barbara’s paintings grace homes in Canada, USA and Mexico and she designs her own clothes. She spends the winters in Mexico and the summers in the bible belt of southern Alberta.
Her first novel, Everlasting Lies, tells the story of her grandparents’ love affairs with each other and with others. They struggle to survive in the last years of Victorian England and the horrors of WW1 and then start a new life with four children in Imperial India.
Connect with the author:  Website  ~  Facebook