" ... THEY CAN'T FIND THEM, THEY MAKE THEM." AT THE THEATRE: MRS WARREN'S PROFESSION BY GEORGE BERNARD SHAW 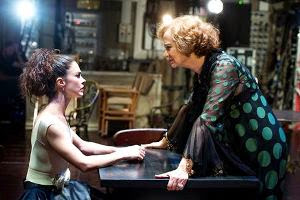 It was a bit sad to be sitting in a half-empty theatre while  watching  this play,  one of George Bernard Shaw’s "Plays Unpleasant". The thought that The Eliseo is going to be closed at the end of the season, all those empty seats and what was said and performed on stage made me, in the end, quite melancholic. The "unpleasant" in the title is not a random choice.

The cast was really good in the hard task to involve the audience in this not-at -all –easy- to - digest piece. You know, you can’t actually relate to any of the characters and you are constantly disturbed by the harshness of one or the hypocrisy of the others. 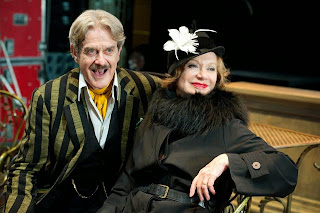 Anyhow, I was glad I went. I always love a good,  challenging piece which is first and formost great food for thought.
What  Shaw attacks in this play is the hypocrisy of the Victorian society. The protagonists are two: Mrs Warren and her daughter, Vivie. The young woman, after brilliantly getting her diploma in Mathematics at Cambridge, is enjoying a well-deserved holiday in a cottage in Surrey, with all the comforts which her mother’s wealth can pay for.

Her mother has always lived far from Vivie, granting her the best education possible and all the luxuries one can buy for one’s own child. However, they don’t actually know each other. When Mrs Warren gets to Surrey to congratulate her daughter on her success and to spend some time with her, the ugly truth will be revealed little by little, especially thanks to the two men Mrs Warren impudently takes with her, Mr Praed and Sir George Croft. 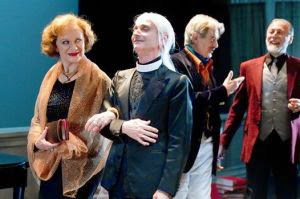 The truth is that Mrs Warren is a prostitute with a sorrowful background history, whose mistake was to believe that wealth would compensate for everything, especially for her daughter’s future. She is sure Vivie will be anyhow grateful to her mother for the comfortable life and prestigious education she received. But this is not exactly what happens once Vivie discovers the truth about her mother.

What Vivie can’t accept is that Mrs. Warren may have started her profession because circumstances allowed her no other way of maintaining as much freedom as possible, but later on she continues in the business of prostitution in order to live a conventional life of leisure

Vivie might come closest to being the heroine of the story: she is able to reject the conventions  of living as a lady of leisure. However, Shaw seems to suggest that the only other alternative is yet rather disappointing: Vivie ends up "trapped" in the capitalist  economy of working "to make more money than I spend." In that sense, Vivie acknowledges that she is like her mother,  Vivie seems completely absorbed in the task of working and money making for the sake of the task itself. There is something very bitter, rather unpleasant,  about Vivie's  "matter-of-fact" behaviour:  is her machine-like,  feelingless  attitude truly the only sort of freedom available? 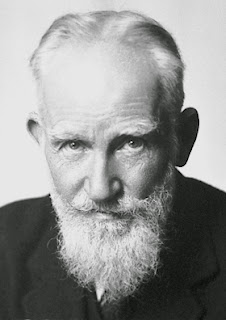 For more about G. B. Shaw and his works

Video interview with the director, Giancarlo Sepe  (in Italian with scenes from the play)
Posted by Maria Grazia at Saturday, November 15, 2014
Email ThisBlogThis!Share to TwitterShare to FacebookShare to Pinterest
Labels: At the theatre, George Bernard Shaw, Mrs Warren's Profession, On stage, Reviews, The Victorian Age