AT THE THEATRE (AND NOT ONLY): THE GREATEST LOVE STORY OF ALL TIME OR THE MOST ANNOYING TEENAGERS IN LITERATURE? - MY ROMEO & JULIET WEEKEND 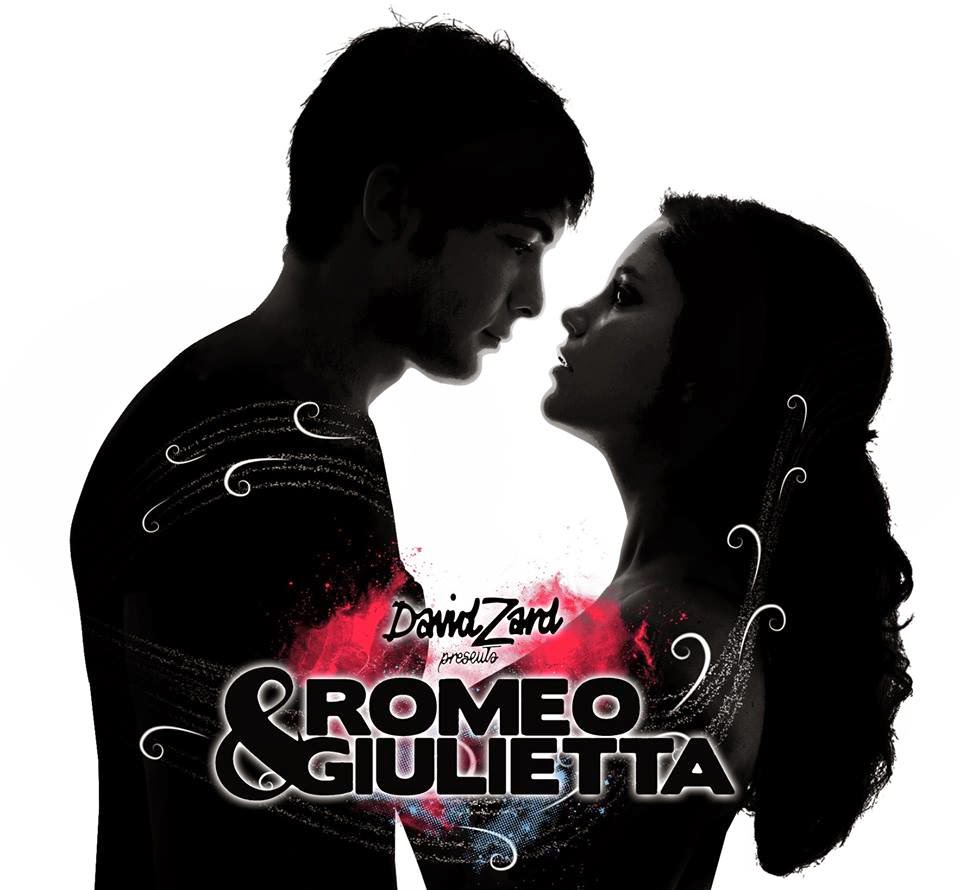 I've been recently involved in a discussion on Facebook about Romeo and Juliet, the young protagonists of Shakespeare's tragedy (1595),  who were included in a top ten list of literary annoying teenagers. I really couldn't agree with that dismissive judgement nor with the low consideration given to such finely written characters. Please, don't touch my Shakespeare!

I have myself kindly underestimated Romeo as a dreamer and an incostant lover at times (dying for love for Rosaline and suddenly desperately in love with Juliet?) but he is such a realistic embodiment of teenage fast crushes and violent passions, and that cannot be denied. I couldn't agree with whom  defined the two young lovers as annoying characters.

Virtual discussion apart, my real life has been full of emotions connected to the story of the two star-crossed lovers from Verona of late.

Last Saturday afternoon I was at Gran Teatro in Rome with niece and sister and friends to see a musical: Romeo e Giulietta, Ama e cambia il mondo (adaptation of the original French work “Roméo et Juliette” by G. Presgurvic).
I had decided to join  them out of curiosity,  knowing nothing about the show and its cast. As you can
imagine,  I have seen more than a few R&J theatrical/film adaptations in my life and just wanted to add this new musical to my collection, without expecting much, honestly. Romeo and Juliet is neither one of my favourite Shakespeare works. But I went and  it was love at first sight, just as it happens to Romeo and Juliet at Lord Capulet's party. I was struck, moved, excited, deeply involved, amazed, astonished, confused, happy.

"Never was there a story of more woe than this of Juliet and her Romeo" , but it was not sadness what I brought back home after watching the musical, it was more energy and beauty.
Directed by Giuliano Peparini, this show is a feast of memorable melodies, stunning voices , imaginative set design, original choreographies, involving rhythms, wonderful costumes. The cast includes outstanding performers, the majority of whom are experienced musical singers with the exception of the protagonists, two young newcomers from successful TV shows (yes, sometimes it happens!)

The two young talents are impeccable: Davide Merlini as Romeo and Giulia Luzi as Giulietta are so sweet and credible, touching in their playing the candour and the turmoil of first love.

Riccardo Maccaferri, as Benvolio, and Luca   Giacomelli Ferrarini, as Mercuzio, simply steal the scene. Both gifted with remarkable stage presence and incredible vocal range, they are so young (same age of my elder son), so talented and so handsome!  Leonardo di Minno is an impressive and intriguing Prince Escalus, such energy and passion in his voice, but the same could be said for Vittorio Matteucci as Conte Capuleti or Giò Tortorelli aka Frate Lorenzo.
Among the adult cast,  the ladies have unforgettable voices and deliver amazing performances. The nurse, as well as lady Capuleti and lady Montecchi, made me shiver on more than one occasion. Kudos to Silvia Querci, Barbara Cola and Roberta Faccani.
I particularly love how Tybalt is characterized in this show, he is not simply the villainous Capulet cousin, but a round character with his own story and his own painful background, conveyed by the brilliant performance of another young talent, Gianluca Merolli.

The audience was enthusiastic at the end of the show and  I felt as emotional as I never expected to be, so excited for the many feelings I had been experiencing. Can someone like me, who has studied and taught this play for a few years now, forget  academic Shakespeare and be only involved in the singing, dancing and acting of a great cast? I could, I did, I was. I'm even grateful to the Youtube - as a teenage fan would be - because  I found videos from the show. I have been rewatching them and I'm learning the songs. 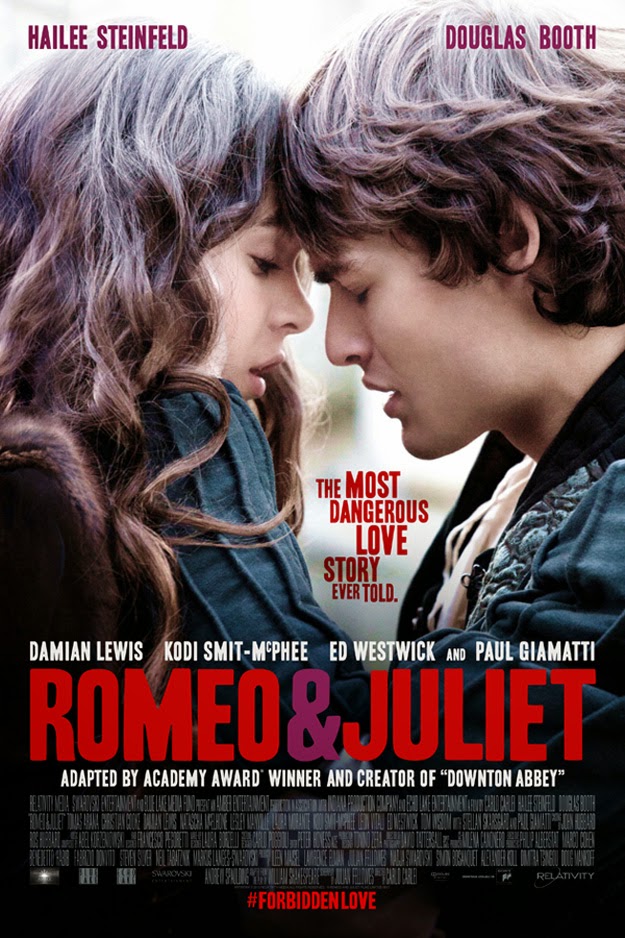 On Sunday, led by the previous day's newly-born enthusiasm for the tragedy of love, I decided to finally see a DVD I had owned for weeks: the latest film adaptation of Shakespeare's play. Out at the end of 2013, presented at Rome Film Festival in October, I don't think this movie has been seen by many. Starring Douglas Booth as Romeo and Heilee Stanfield as Juliet, it parades an international stellar cast and showcases wonderful costumes and gorgeous Italian locations, among which my hometown. The Benedictine Monasteries of St. Benedict's and St. Scholastica's were used as Friar Lawrence's place and they are such familiar places to me, they are the goals of many of my walks. They are not so far from my house.

Back to the movie, though, as for sets and cinematography it is incredibly beautiful  - frescoes and villas, gardens and palaces - are simply splendid and bewitch your sight; the script by Julian Fellows revisits Shakespeare's language adding new lines and different life to the Bard's poetry,  which I didn't mind:  most of the cast is great and convincing.  The only negative point to be honest is the weak acting of  the  leading couple,  who deliver their lines with so poor elocution that one cannot forgive them, neither for their really good looks. Mr Booth is slighlty better than Miss Stansfield, but I may have been distracted by his uncommonly handsome face. He is a remarkably beautiful Romeo, but that is not enough  in this case.

Did you read my review? I leave it here ;) http://firstimpressions86.blogspot.it/2014/03/romeo-and-juliet.html

Now I've read it, Alessia. Beautiful one! You are really gifted and congratulations on receiving a comment from Carlo Carlei himself. Have a nice weekend :-)