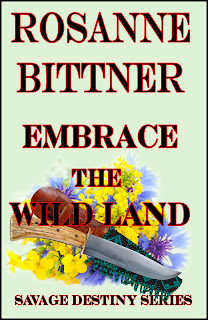 Amazon (Book is exclusive to Amazon)

Not only do the developing Indian wars threaten to destroy the family dynasty Zeke and Abbie Monroe have begun to build together, but now the Civil War rears its ugly head to intrude into their lives in wrenching twists and turns that tear Zeke and Abbie apart in ways they never expected.

The Savage Land is exploding both on the lawless plains and in the South, where Zeke must go to find one of his white brothers. Don’t miss this compelling story of love, choices, dreams and cruel reality wherein only the strongest of love can hold two people together, the kind of love shared by Zeke and Abbie Monroe. 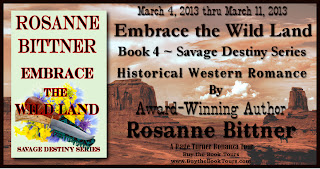 “Lone Eagle?” Abigail called out again. She walked into the darkness behind their tipi, for she had not seen him anywhere in the light of the fires. “Lone Eagle, where are you?” She gasped as a strong arm grasped her about the waist and pulled her close. In the next moment he was kissing her savagely, a light odor of whiskey on his breath. … Somehow he was different tonight, his soul torn and his desire enhanced by whiskey he’d drunk to try to forget the ache of what was happening to his people. He released the kiss but kept a tight hold on her so that it was difficult to even breathe. “I want you,” he told her fiercely.

He came down on her, wrapping his arms around her and rolling over quickly so that she was on top of him. “Be free tonight, woman of Lone Eagle,” he told her. “Do not be like a white woman. Be Lone Eagle’s woman …” I've been writing for nearly thirty years and to date have had 57 novels published, all about the American West of the 1800's and Native Americans. I write romance, but not the typical bodice-ripping adventures. My stories are deep love stories, often family sagas told as a series. It is the hero and heroine's love that holds them together through the trials and tribulations of settling America's western frontiers. I absolutely love the Rockies, the Tetons, the Sierras, and the wide-open plains, prairies and desert land west of the Mississippi. In my books, I strive to tell the truth about the settling of the West and how it affected our American Indians, as well as the gritty depth of what our brave pioneers suffered in their search for free land and a better life.

I am a member of the Nebraska and Oklahoma Historical Societies, my local southwest Michigan historical society, Women Writing the West, Mid-Michigan Romance Writers of America (treasurer) and the national RWA, and a local charity group called the Coloma Lioness Club. I help run a family business and love doing things with my three young grandsons. If you visit my web site at www.rosannebittner.com, where all my titles are listed as well as a page that lists all my many writing awards; or you can visit me on Facebook. At either site you will learn news of new books to come as well as reprints of many of my past titles soon to be published in trade paperback and as e-books! I also have an author site at Amazon.com.