1. CHRISTOPHER AND HIS KIND (BBC2) 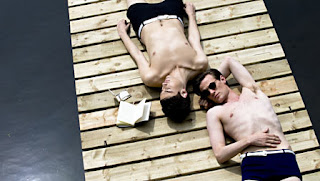 The hedonistic cabaret scene of Berlin in the Thirties is in full swing when wide-eyed young writer Christopher Isherwood arrives in the city, unable to speak a word of German.
To Isherwood's reserved English sensibility, the city's thriving gay subculture is thrilling and intoxicating, but he soon finds himself heartbroken after the failure of a hopeless love affair, and so sets out on a process of self-discovery.
Written by acclaimed playwright Kevin Elyot, this one-off drama chronicling the formative years of Christopher Isherwood, stars Lindsay Duncan, Imogen Poots, Toby Jones and Douglas Booth, with Matt Smith in the title role.
Christopher And His Kind tells the story of how Isherwood escapes repressive English society and his suffocating relationship with his mother Kathleen (Lindsay Duncan) for the decadent and politically unstable world of pre-war Berlin.
2. GARROW'S LAW (BBC1)  - SERIES 2 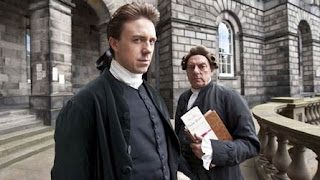 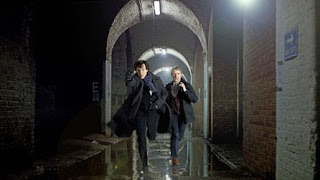 Other detectives have cases, Sherlock has adventures.
Benedict Cumberbatch (Small Island, Starter For Ten) and Martin Freeman (The Office, Hitchhiker's Guide To The Galaxy) star in Sherlock, a thrilling, fast-paced update of Arthur Conan Doyle's classic detective, set in present-day London, for BBC One.
In this unique adaptation, ( three, 90-minute films) the iconic details from Conan Doyle's original books remain. They live at the same address, are only interested in the bizarre and, somewhere out there, Moriarty is waiting for them. Sherlock also stars Rupert Graves (God On Trial, Midnight Man) as Detective Inspector Lestrade, Scotland Yard's finest, largely because Sherlock allows him to take credit for his deductions, and Una Stubbs (EastEnders, The Catherine Tate Show) as Mrs Hudson, their long-suffering housekeeper.
Confirmed for broadcast at 9pm on Sunday 25 July on BBC One. 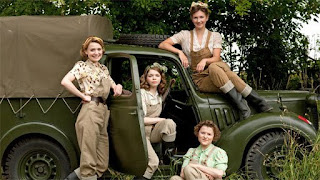 Jo Woodcock (All The Small Things) and Becci Gemmell (Home Time) return as land girls Bea and Joyce in the new, five-part series of the award-winning Land Girls, for BBC One Daytime. They're joined by newcomer Seline Hizli, who plays streetwise, cockney land girl Connie Carter, who causes mayhem from the moment she arrives on the farm.
Created by Roland Moore, the highly-popular and award-winning drama returns for a second series set in the rural Forties and continues to follow the lives and loves of the land girls doing their bit for Britain in the Women's Land Army (WLA).
Additional new faces joining the cast are Clive Wood (London's Burning), who plays millionaire American businessman Jack Gillespie; Raquel Cassidy (Lead Balloon, Teachers) as Lady Hoxley's sister, the fun-loving Diana Granville; and Liam Garrigan (The Pillars Of The Earth, Holby, The Chase), who plays the young and charming Rev Henry Jameson. 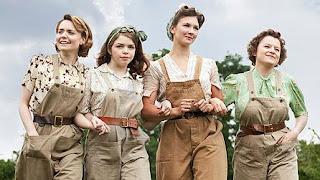 Other familiar faces returning for the new series include Sophie Ward as Lady Hoxley, Mark Benton as Farmer Finch, Danny Webb as Sgt Tucker, Susan Cookson and Mykola Allen as Esther and her son, Martin, and Liam Boyle as Billy Finch.
Against the backdrop of war weary Forties Britain, Land Girls is again set on the Hoxley estate - at the run-down Pasture Farm and the opulent Hoxley Manor – and several months have passed since the end of the last series.
Bea, now a farmer's wife and mother, and land girl Joyce, are joined at Pasture Farm by new land girl Connie. As the women work hard on the land, serving their country, the drama follows them as they live out their lives in the shadow of war.
5. RUPERT PENRY-JONES  &  DERVLA KIRWAN ARE  BACK ON BBC1 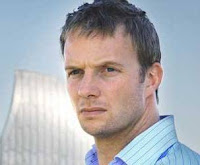 He stars in SILK with Maxine Peake (Criminal Justice),  Natalie Dormer (The Tudors), Tom Hughes (Sex, Drugs And Rock And Roll) and Neil Stuke (Reggie Perrin) . It is  a thrilling new drama series for BBC One about the lives, loves and hard cases facing barristers on the front line of criminal law, written by Bafta award-winning writer Peter Moffat (Criminal Justice, North Square).
Maxine Peake is Martha Costello, in her thirties, single, passionate and a defence barrister applying for silk. Innocent until proven guilty are four words she lives by. But how does this fundamental principle stand up to examination by clients who are sometimes good, sometimes bad and sometimes evil?
Martha is faced with challenging cases and surprising clients. Her beliefs and prejudices, her conscience and her faith in the criminal justice system are tested to the limit over the course of the series. 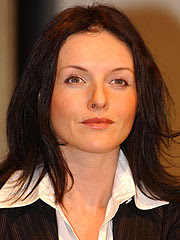 Rupert Penry-Jones's wife, Dervla Kirwan, instead ,  stars in THE SILENCE,  a new four-part thriller for BBC One,  just in these days (12-13-14-15 July)
Eighteen-year-old Amelia Edwards (introducing Genevieve Barr) has recently been fitted with a cochlear implant, enabling her to hear, but she struggles to accept that she has a place in the hearing world.
Breaking free from her over-protective parents (Gina McKee and Hugh Bonneville), she goes to stay with her party-loving cousins, homicide detective uncle, Jim (Douglas Henshall) and vibrant aunt, Maggie (Dervla Kirwan).
But when Amelia witnesses the audacious murder of a policewoman, she is reluctantly propelled further into a loud and frightening world. 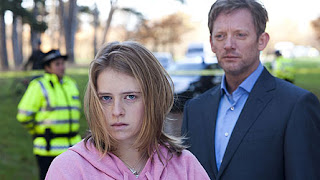 Jim is assigned the case and, when Amelia identifies a police officer on the drugs squad as one of the killers, he urgently needs to protect his niece. If his colleagues find out what she has witnessed, she will be in extreme danger from the very people with whom he works. By keeping her a secret, however, he will jeopardise his own position in the force and put his whole family at risk.
The Silence is about an ordinary family thrust into extraordinary circumstances. The teenagers' partying lifestyles and casual drug-taking collide with Jim's investigation, and all their lives are hurled into a cacophony of police corruption, betrayal, drugs and murder.
(news & pics mostly from http://www.bbc.co.uk/pressoffice)
Posted by Maria Grazia at Thursday, July 15, 2010
Email ThisBlogThis!Share to TwitterShare to FacebookShare to Pinterest
Labels: BBC Drama

Looks like there are some good things coming out. Now I just need to get back home to my own cable for it! LOL. I won't wish myself away from here too soon though. :)

Thanks! This is great. I'm watching Cranford these days and it is MARVELLOUS!

Not sure about an umpteenth version of Sherlock Holmes, but glad to see that Garrow's Law has been recommissioned... although I still have to watch the 1st series *blushes*.

As for Isherwood, it sounds interesting, and reminds me that I can't wait for you to watch Colin Firth in 'A Single Man'. I'm sure you'll like it/him!
KB

Thanks for the updates, especially the one about Penry-Jones! I'm watching The Silence at the moment and I'm enjoying it a lot. Very tense and intense. Still trying to get over my dislike for Dervla Kirwan, though. I have to admit that she's not a bad actress but for obvious reasons (I don't know what HE sees in her!)she cannot win me over. Ciao.

I'm really looking forward to the modern-day Sherlock. I also hope that Land Girls eventually airs in the US or comes to region 1 DVD...I love WWII history, so it sounds right up my alley.

BTW, Maria, I am so sorry I have yet to respond to your last email. This summer has just not been a great time for me, there has been some personal issues that have come up that have consumed a large part of my time. Not trying to excuse my rudeness in not responding, but I did want to make sure to get you in the loop. Thanks for your patience!